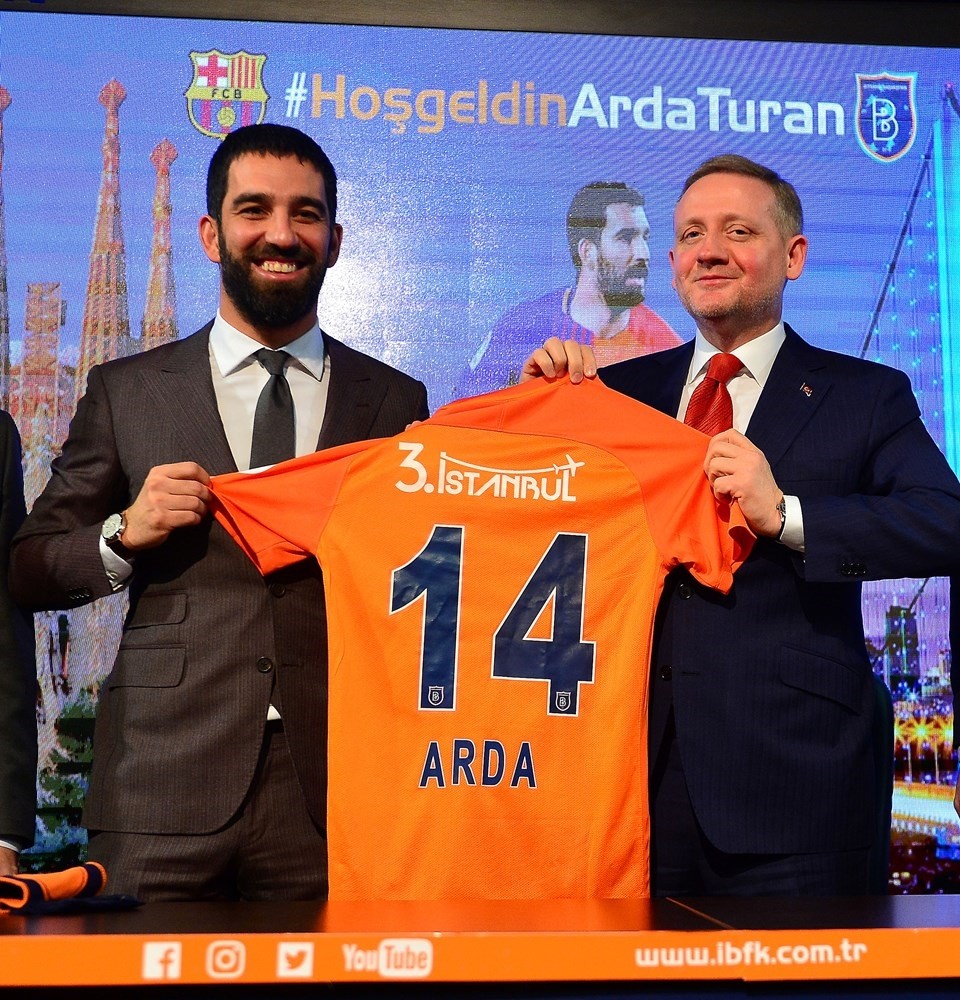 After landing Barcelona's Arda Turan on loan, Medipol Başakşehir Chairman Gümüşdağ confirmed his club did not pay any transfer fee for the Turkish midfielder, but rather became a paying partner for Barcelona

The former Turkey international would be paid 2 million euros plus bonus for this season and 4 million euros for the next, club Chairman Göksel Gümüşdağ said. "For next season, we will pay another 4 million euros to the player, plus bonuses," he said. Gümüşdağ added that Başakşehir paid no transfer fee to Barcelona for the transfer, but did become a paying partner in Arda Turan's fee. "If Turan is sold by Barcelona next year, they will pay 20 percent of the transfer fee to Başakşehir. If Arda is sold the following year, then they will pay us 25 percent," Gümüşdağ said, according to AA.

Arda Turan, seemingly happy to be back in Turkey, said: "I am excited to be back to doing what I love most: playing football. I missed football so much."

Turan did not make a single appearance for Barcelona this season. But his arrival at Başakşehir, which is currently a point clear of Turan's older team Galatasaray, will likely boost the club to a maiden Super League title.

The Turkish midfielder will find himself in the dressing room of an ambitious club with former Manchester City pair Emmanuel Adebayor and Gael Clichy among the most high profile members of the current squad.

The 30-year-old joined Barcelona from Atletico Madrid for 34 million euros plus add-ons in July 2015, winning six trophies but only making 55 appearances and scoring 15 goals at Camp Nou.

He was part of the team that won six titles, including a La Liga, two Copa del Rey, one Spanish Super Cup, one Club World Cup, and one European Super Cup.

Spanish newspaper, Sport last week estimated that it cost Barca 1 million euro for each appearance made by Turan, taking into account an annual salary of 8 million euros, according to Reuters. Turkey's fourth-most capped player with 100 appearances, Turan will also be hoping to return to his best form for the national side after reversing a decision to retire from international football in August. Turan quit in June but changed his mind a month later after positive talks with new head coach Mircea Lucescu. Turan was first transferred to Atletico Madrid by Galatasaray in 2011. He was transferred to Barcelona in 2015 for a transfer fee of 34 million euros.