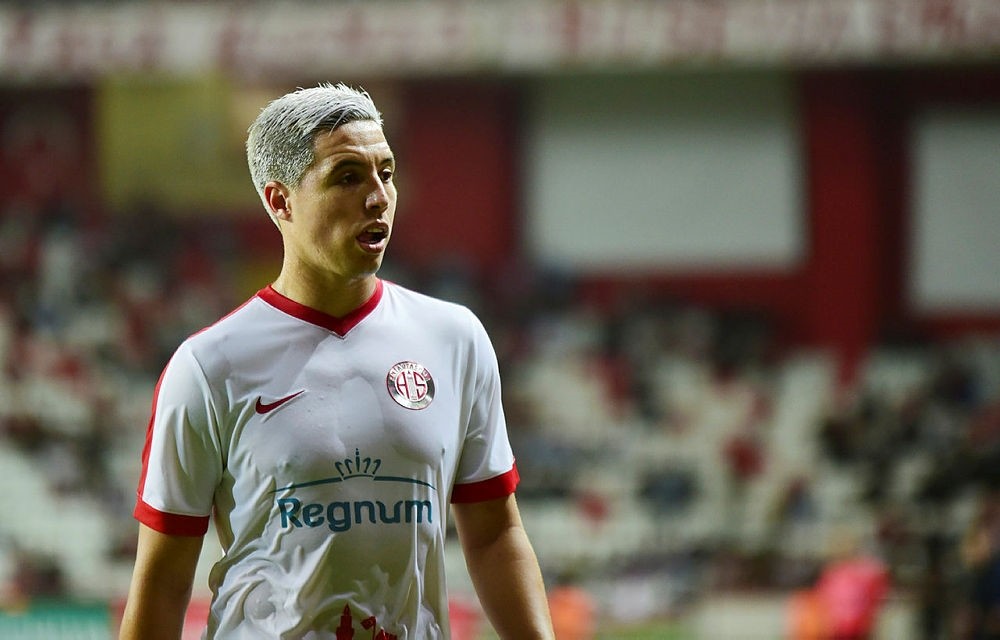 Nasri joined the the team from Turkey's Mediterranean resort city in August following six years at Manchester City, saying he was relishing the chance of a new start at the ambitious side.

But the dream collapsed as Antalyaspor suffered a woeful first half season to sit only just above the relegation zone. Their chairman Ali Şafak Öztürk, who brought Nasri to Turkey, resigned.

Nasri himself also did not live up to the club's expectations as he only featured in eight Super League matches this season, scoring two goals and setting up one more. The former City player missed 11 games due to injuries during his short stay at the club.

A further complication for Nasri came over a possible suspension after losing an appeal for UEFA to grant him a therapeutic use exemption (TUE) for a vitamin booster.

"A clear decision has been made for a parting of the ways with Nasri," said board member Cumhur Arıcı, who is in charge of public relations at the club.

"His manager will come and negotiations will be made on the subject of money owed and we will part company," he said.

Arıcı said Antalyaspor were keen to hold onto captain and former Cameroon international striker Samuel Eto'o, but admitted they had financial issues.

"Eto'o wants to stay in Antalya. We want him to stay. We want to extend his 3.5 million euro ($4.3 million) annual contract for another two years.

"But the club has economic troubles and we will discuss this with Eto'o. Depending on the economic situation, we will continue with Eto'o," he said.

Arıcı also revealed that according to Eto'o's agent Spanish La Liga side Celta Vigo were interested in inviting the Cameroonian striker, but no official offer was sent yet.

Nasri, 30, was earning an annual salary of four million euros ($4.9 million) plus bonuses at the club, according to various reports. According to some calculations, he costed Antalyaspor 500,000 euros for every game he played.