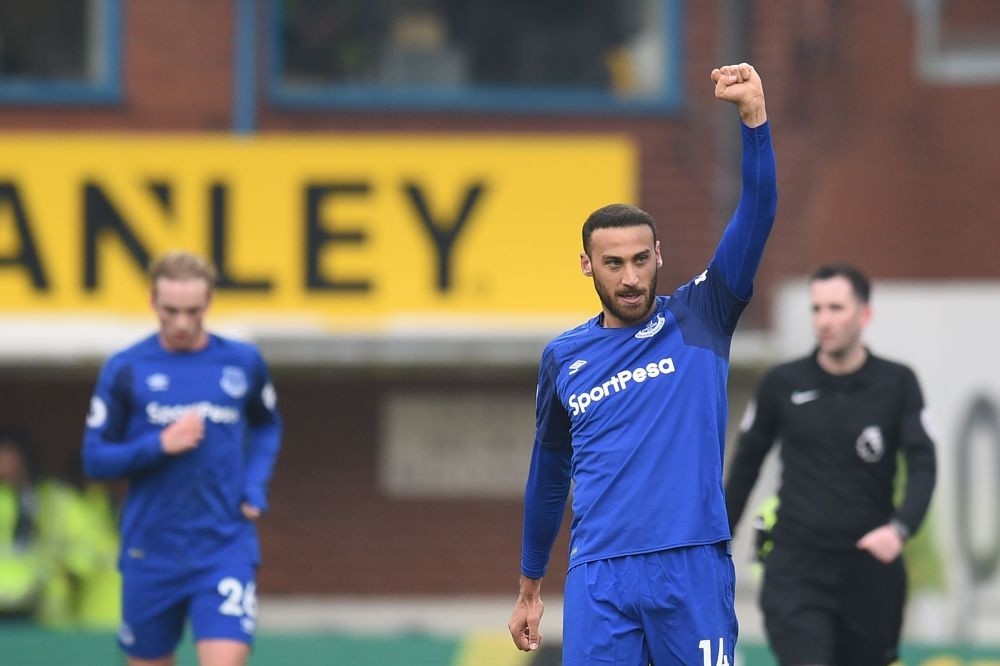 Cenk Tosun expects to find the back of the net on a regular basis in the company of Everton's talented attacking players as the club hope to extend their impressive home form against Brighton and Hove Albion in the Premier League on Saturday. The 26-year-old Turkish striker's first Everton goal came in a 2-1 league defeat at Burnley last weekend.

He believes the squad boasts the firepower to hit straight back and that it is only a matter of time before they can pose a serious attacking threat under Sam Allardyce.

"We have a lot of quality players up front," Tosun, who arrived at Everton in January, told the club website.

"Theo Walcott, Gylfi Sigurdsson, Wayne Rooney, Oumar Niasse, Dominic Calvert-Lewin, Yannick Bolasie... it's great for me to play with them and when I get to know them fully it will be better still.

"I know the players around me and the coaches here will improve my game, so I will get better, too, I believe."

Tosun is aiming to find the target once more against 10th-placed Brighton at Goodison Park, where Everton have collected 20 points in their last nine matches.

"We have to try to put Burnley in the past as fast as possible and focus on the Brighton game because we are really good at Goodison Park in front of our fans," he added.

"It will be a tough game but I hope we play the game that we have to and take the three points against Brighton."