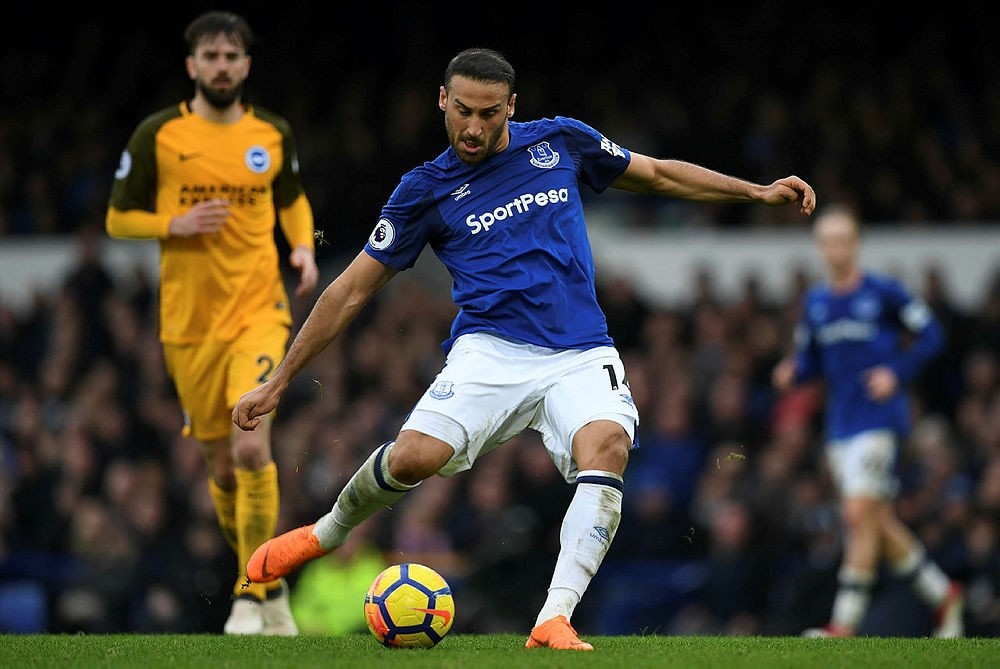 Everton continued their fine home form as they earned a 2-0 victory over Brighton and Hove Albion in the Premier League with former Beşiktaş star Cenk Tosun and Gaetan Bong scoring in Saturday's match.

The hosts dominated in the first half but couldn't find a way past a Brighton side who traveled to Goodison Park on the back of three wins in their last four games in all competitions.

However, two goals in the second half saw the hosts home. Bong put through his own net on the hour mark, before January signing Tosun smashed into the net in the 76th minute, the striker's second goal in as many games, and Wayne Rooney could even afford to miss his penalty.

Brighton, who had Anthony Knockaert sent off for a dangerous tackle, dropped to 11th after the first defeat in eight in all competitions, now below Everton, whose ninth Premier League home win of the season lifted them to ninth.