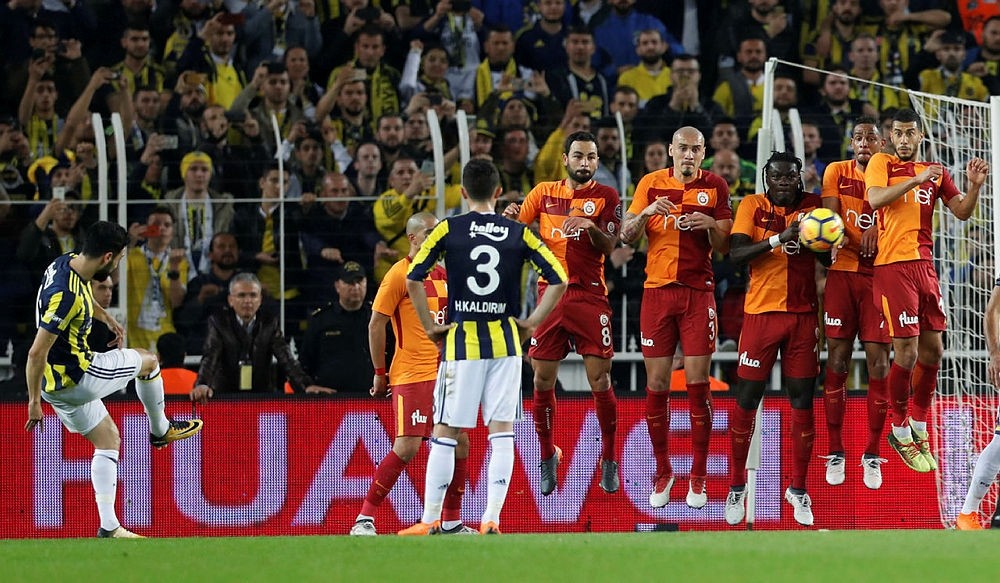 The heated Intercontinental derby between Fenerbahçe and Galatasaray ended in a goalless draw on Saturday evening in the Şükrü Saraçoğlu Stadium as Beşiktaş prepares to take on Medipol Başakşehir Sunday evening.

Both Istanbul teams wasted opportunities and had to settle for the same result as in their encounter in the first half of the season.

Galatasaray increased their point total to 54 and are guaranteed to top the league, regardless of the result of the Beşiktaş - Başakşehir match.

Fenerbahçe's inability to win at home leaves them still six points behind Galatasaray with 47 points.

The other crucial match of the week will see second-placed Beşiktaş taking on third-placed Medipol Başakşehir in an away match.

Both teams have managed to accumulate 50 points so far.