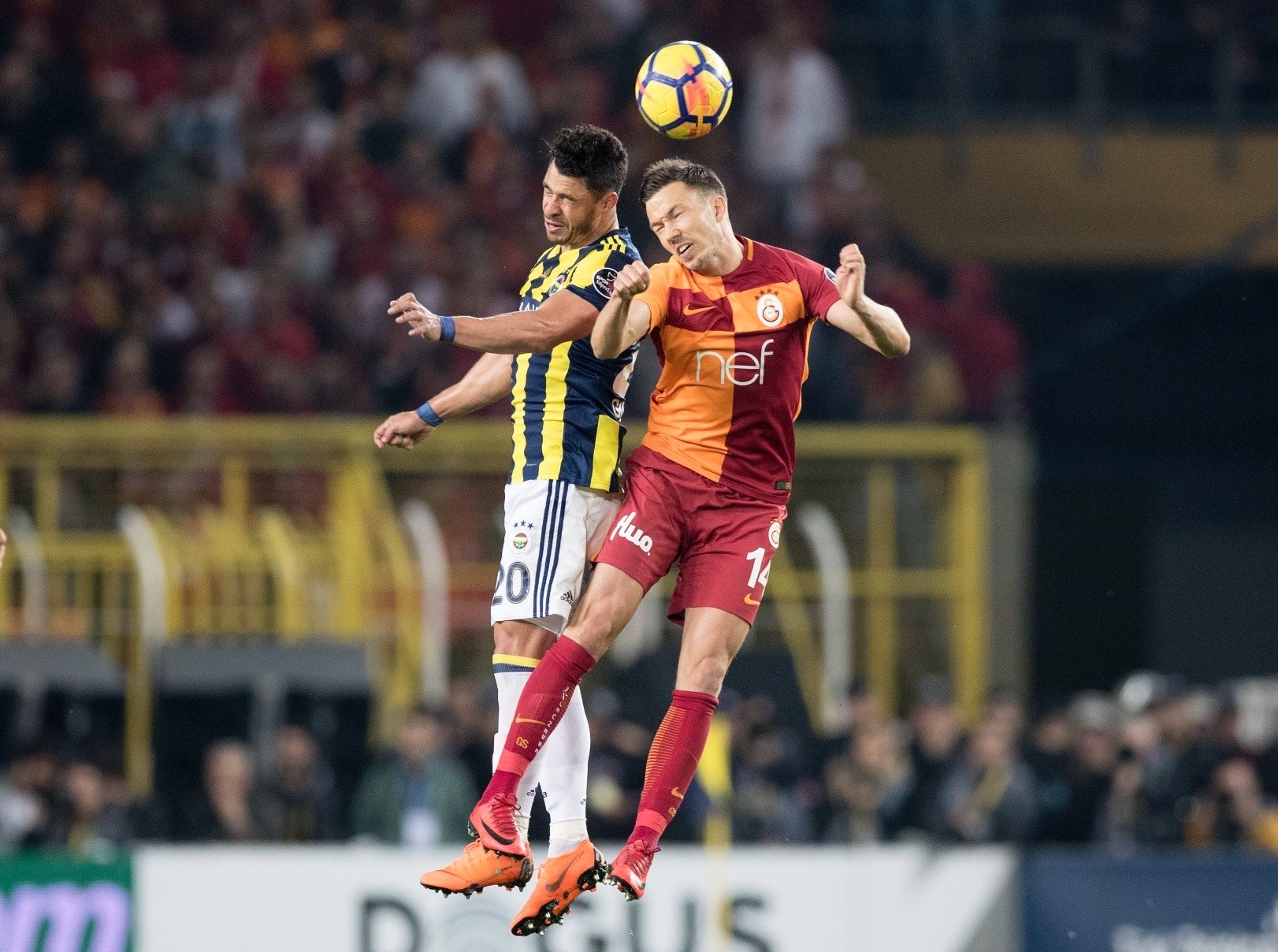 The key Istanbul derby between Fenerbahçe and Galatasaray on Saturday ended in a goalless draw, with the only takeaway of the match being Fener's defense of its 19-year unbeaten home record against Galatasaray.

With the 0-0 draw, Fenerbahçe missed yet another opportunity to close the point gap with its arch rival and current Super League leader Galatasaray. The Yellow Canaries now have 47 points and is trailing the Lions by 6 points as of game week 26.

Fenerbahçe would only find consolation in the fact that it maintained its derby dominance over crosstown rivals Galatasaray and Beşiktaş. The last time it lost in its own backyard was some 13 years ago, when it fell 4-3 against Beşiktaş on April 17, 2005.

Galatasaray last win in Kadıköy came on Dec. 22, 1999, Fenerbahçe has not lost in a single of the 22 matches against Galatasaray at Ülker Stadium. Galatasaray's current coach Fatih Terim was the man who oversaw the side's last win on Fener's home turf.

Meanwhile, this was the first time since the 1963-1964 season that both derbies between the two traditional rivals have ended in a 0-0 draw.

As for the derby on Saturday, both Istanbul teams wasted a number of opportunities before they had to settle for the same result as in their encounter in the first half of the season.

League leader Galatasaray now has 54 points and while Fenerbahçe's inability to win at home leaves it six points adrift from the top.

Feenrbahçe coach Aykut Kocaman, however, was furious at referee Bülent Yıldırım and claimed that the official refused his side three penalties.

"It is obvious that a draw does not work for us. But for the other three title competitors, it does. I think the referee agreed on this. He made an enormous effort to end the game in a draw, and so did Galatasaray. I am ashamed of saying that he did not award us at least three clear penalties. What does it mean? When I heard that Yıldırım was assigned to the match I was wondering how he will 'manage' this game. Now we must win our remaining eight matches," Kocaman said.

Galatasaray coach Fatih Terim, on the other hand, said he could care less about the fact that they did not win in Fenerbahçe's stadium for 19 years. "The statistics don't matter as long as we win the title. This is not easy to play against Fenerbahçe at this stadium. We did everything to win but if the ball does not pass the line there is nothing to be done. We are the leaders anyway and it gives us a psychological advantage."