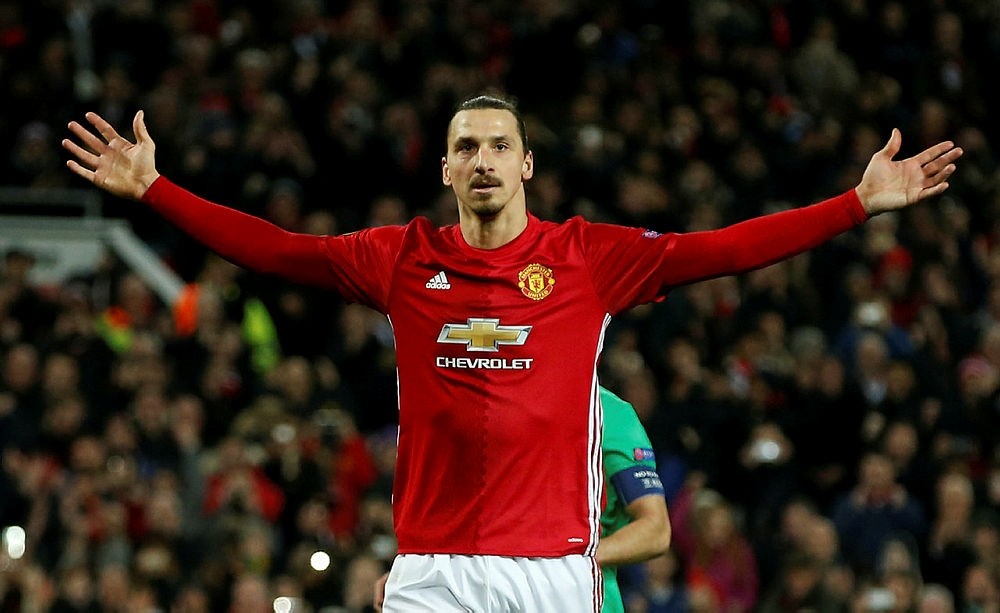 Zlatan Ibrahimovic has signed a two-year contract with Major League Soccer to leave Manchester United and join the LA Galaxy, two people with knowledge of the deal told The Associated Press.

The people spoke to the AP on the condition of anonymity Thursday because the deal had not been announced. The agreement was first reported by the Los Angeles Times.

"Great things also come to an end and it is time to move on after two fantastic seasons with Manchester United. Thank you to the club, the fans, the team, the coach, the staff and everybody who shared with me this part of my history. #foreverred," he wrote .

The 36-year-old forward is Sweden's career scoring leader with 62 goals in 116 international appearances and is the first player to make Champions League appearances for seven teams.

He left Paris Saint-Germain for Manchester United ahead of the 2016-17 season but since injuring his right knee on April 20 has made just two starts and five substitute appearances, scoring his only goal Dec. 20 against Bristol City in the League Cup. Manager Jose Mourinho has not used him since a Premier League match against Burnley on Dec. 26.

Ibrahimovic joined the 20-time English champions as a free agent in July 2016. He has made 53 appearances with the club , scoring 29 goals.

Over the course of his career, Ibrahimovic has played for some of Europe's top clubs, including Ajax, Juventus, Barcelona and Milan.

Manchester United agreed to immediately terminate Ibrahimovic's contract, which ran through the end of June.

"Everyone at the club would like to thank Zlatan for his contribution to the team since his arrival and wishes him well for the future," the team said in a statement.

Mourinho said at a news conference earlier this month that he did not expect him to stay.

"I think he has won the right of choosing his life, his future, such an amazing player and amazing career that only that awful injury in the wrong moment broke a fantastic couple of seasons he could and should have with us," Mourinho said.

It had been rumored for as many as two years that Ibrahimovic was considering a move to Los Angeles.

Ibrahimovic has spent time in LA during his offseasons with PSG and Manchester United, and it seemed increasingly inevitable that he would become the next 30-something superstar to join the five-time MLS champions. The Galaxy changed the North American league's international perception when David Beckham joined the club in a groundbreaking move in 2007.

The Galaxy made a serious pitch for Ibrahimovic last year, but he elected to spend another year in Manchester .

The Galaxy slumped to the worst season in franchise history last fall, finishing last in the MLS table. But the team is showing signs of promise under Sigi Schmid, the club's veteran German-American coach, and has opened the season 1-1-0.

Ibrahimovic will share playing time up front with Ola Kamara, the Norwegian striker acquired from Columbus in January.

LA has an intriguing collection of talent to provide service for Ibrahimovic, including French winger Romain Alessandrini, who became one of MLS' best overall players last season in his Galaxy debut. Ibrahimovic must learn to play alongside Mexican forward Giovani Dos Santos, who has shown inconsistent flashes of brilliance since leaving La Liga for the Galaxy in 2015, and his younger brother, midfielder Jonathan Dos Santos.

Ibrahimovic, who has also expressed interest in an acting career, is expected to arrive in Los Angeles next week and could be available to play on March 31 when the Galaxy play expansion LAFC.