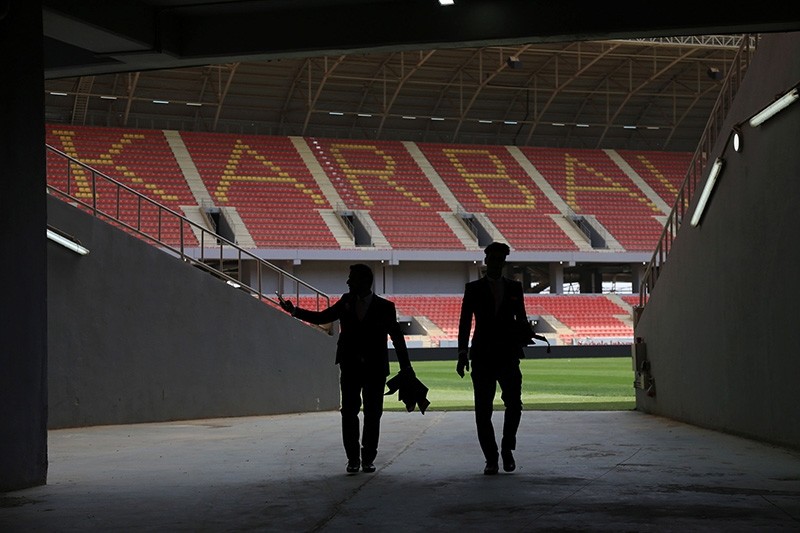 Competitive international football returns to Iraq on Tuesday less than a month after FIFA lifted a near three-decade-long ban.

In the group stage of the 2018 AFC Cup, Asia's second-tier club competition, Lebanon's Al Ahed will travel to the central Iraqi city of Karbala, located about 100 kilometers (62 miles) southwest of Baghdad, to take on Al Zawraa.

Football's world governing body imposed the ban in 1990 after the Iraqi invasion of Kuwait. It was temporarily lifted in 2011 for a World Cup qualifier between Iraq and Jordan in the northern city of Irbil, but quickly reimposed after power outages.

With Iraq declaring victory over militant group Daesh in December after more than three years of fighting, the Iraq Football Association and the Asian Football Confederation (AFC) stepped up efforts to persuade FIFA to lift the ban. This was helped by a successful Feb. 28 exhibition match between Iraq and Saudi Arabia in the southern city of Basra that was attended by 60,000 fans.

On March 16 FIFA agreed to lift the ban in Karbala and Basra as well as Irbil, three cities seen as the safest in the country.

"This was a decision that the AFC actively supported and welcomes," Asian Football Confederation (AFC) President Shaikh Salman bin Ebrahim Al Khalifa said in a statement on Monday.

"I visited Basra in February for the 4-1 win against Saudi Arabia and I said then that the time had come for the lifting of the ban." added Salman. "Now we have another considerable milestone with the return of AFC Cup matches to the country in the next few days."

In earlier games in the tournament, Al Zawraa had played its home games in Qatar, a country that has played host, along with Jordan, to numerous Iraqi club and national teams over the years.

Al Zawraa is a Baghdad club but will have to wait to return to the capital. The city still witnesses militant attacks and is not yet deemed safe enough by FIFA to stage international games though the organization said it will continue to monitor the situation.

Al Zawraa could go top of Group B with a win. In Group A on April 17, Al-Quwa Al-Jawiya will host Malkiya of Bahrain, also in Karbala.