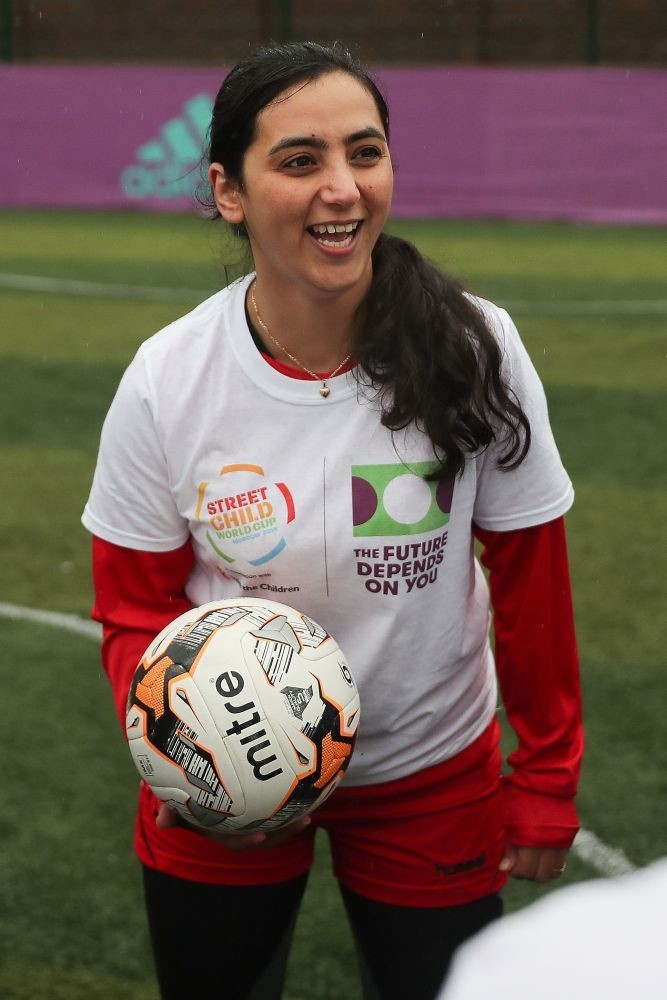 Yelling commands and lunging for the ball on the balding astro turf, Khalida Popal drilled the team of nine Mexican teenage girls through soccer training, weeks before they jet off to Russia for the World Cup - the street children's version. For Popal, former captain of the Afghan women's football team, football can open new avenues and boost self-esteem for the Team Mexico girls, who laughed and high-fived as they tackled and scored in the baking heat.

"When you enter the pitch, you forget about everything. The only thing you think about is the ball and the game - that's the beauty of football," said Popal, who was forced to flee her homeland after death threats. "I know what it is being without identity, being without family, being without networks," said the ambassador for Street Child United, a British charity, wearing a number 10 top with her name emblazoned on the back. "What always helped me to come through that tough and difficult situation was to play football."

Children from more than 20 countries, including India, Brazil and Kenya, will converge on Moscow in May for the Street Child World Cup, whose ambassadors include Brazil's Gilberto Silva and England's Alex Scott, ahead of FIFA's 2018 event. With up to 150 million children living on the streets worldwide, according to the United Nations, the organisers hope the event can help erase the stigma surrounding street children and improve their treatment.

"This is a global issue of children not being in a safe home," said Joe Hewitt, head of Americas for Street Child United, on the pitch sidelines. The event is also a child rights conference, said Street Child United, which works with Casa Alianza, a non-profit in Mexico that provides a home to more than 100 children, many victims of violence, sexual abuse and trafficking.

Despite growing up half a world away, the Mexican girls related to Popal's story of overcoming intense opposition and intimidation in war-torn Afghanistan to play football.

"Her personal experience is very like ours, it's very difficult. But she moved forward and, like me, sought to become a footballer," said Jazmin, 15, who also wants to become a lawyer. Popal recounted how Afghanistan's first women's national team worked to encourage more women and girls to play football, despite attacks and pressure from people opposed to them playing a "man's game".