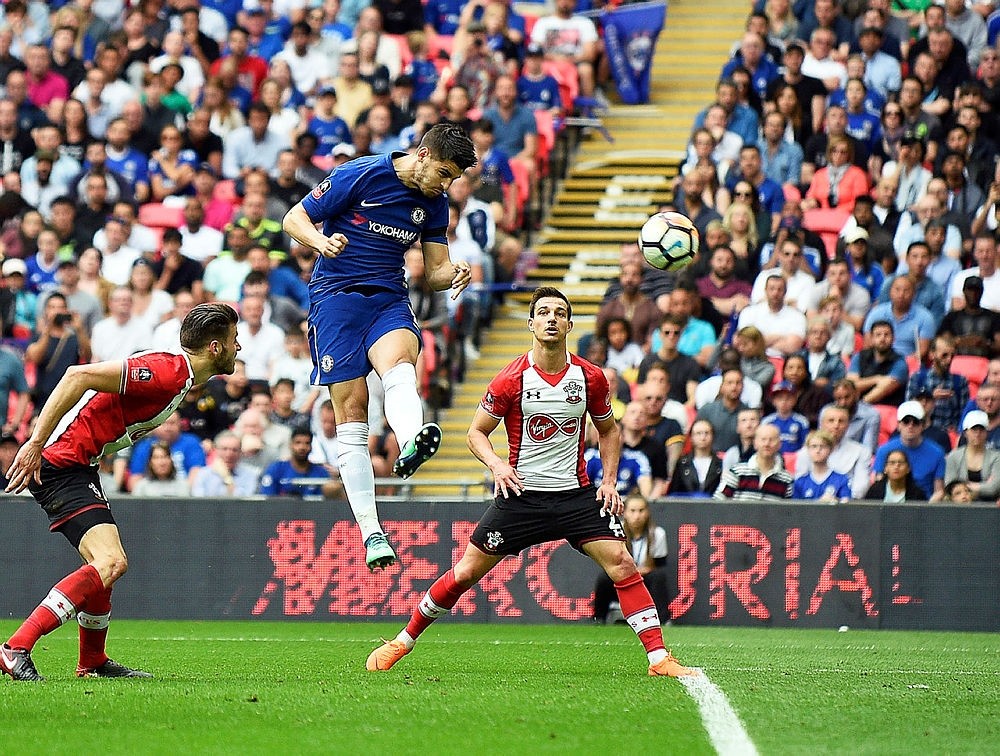 Chelsea will meet Manchester United in the FA Cup final after beating Southampton 2-0 in the second semi at Wembley Stadium on Sunday with goals from Olivier Giroud and Alvaro Morata.

Giroud, who had been selected ahead of Morata to spearhead Chelsea's attack, scored the first goal within 30 seconds of the second half starting with a mesmerizing piece of dribbling deep inside the Southampton penalty area.

Having been found by Hazard, the Frenchman picked his way past Southampton defenders to leave himself a simple tap-in from close range.

Morata, who came on to replace Giroud in the second half, headed Chelsea's second in the 82nd minute with a simple header following a cross from defender Cesar Azpilicueta.

Chelsea coach Antonio Conte had opted for Giroud, who was bought on the final day of the January transfer window from Arsenal, after his two goals last weekend against Southampton helped the Blues come from behind to win 3-2.

Chelsea had most of the possession during the first half but could not translate its dominance into goals. Willian went closest to giving Chelsea a lead in the first half but his 7th minute left-footed drive following a swift counterattack hit the bar.

Giroud's goal saw Southampton adopt a more open approach and the Saints went close to equalizing in the 72nd minute when Nathan Redmond's strike from just outside the area was parried away by goalkeeper Willy Caballero. From the ensuing corner, Caballero appeared to drop the ball into his own net but the referee judged that he had been impeded by Southampton forward Charlie Austin.

Morata's header effectively sealed the game as a contest though Austin came close to narrowing the deficit in the 84th minute when his shot across Caballero hit the post.

Chelsea, which lost last year's final to Arsenal, hasn't won the FA Cup since 2012 when it beat Liverpool. United last won the competition two years ago after coming from behind against Crystal Palace.

The last time Chelsea and Manchester United contested the final was in 2007 when Didier Drogba scored the solitary goal for Chelsea deep in extra-time.

The final will be played on May 19 at Wembley.