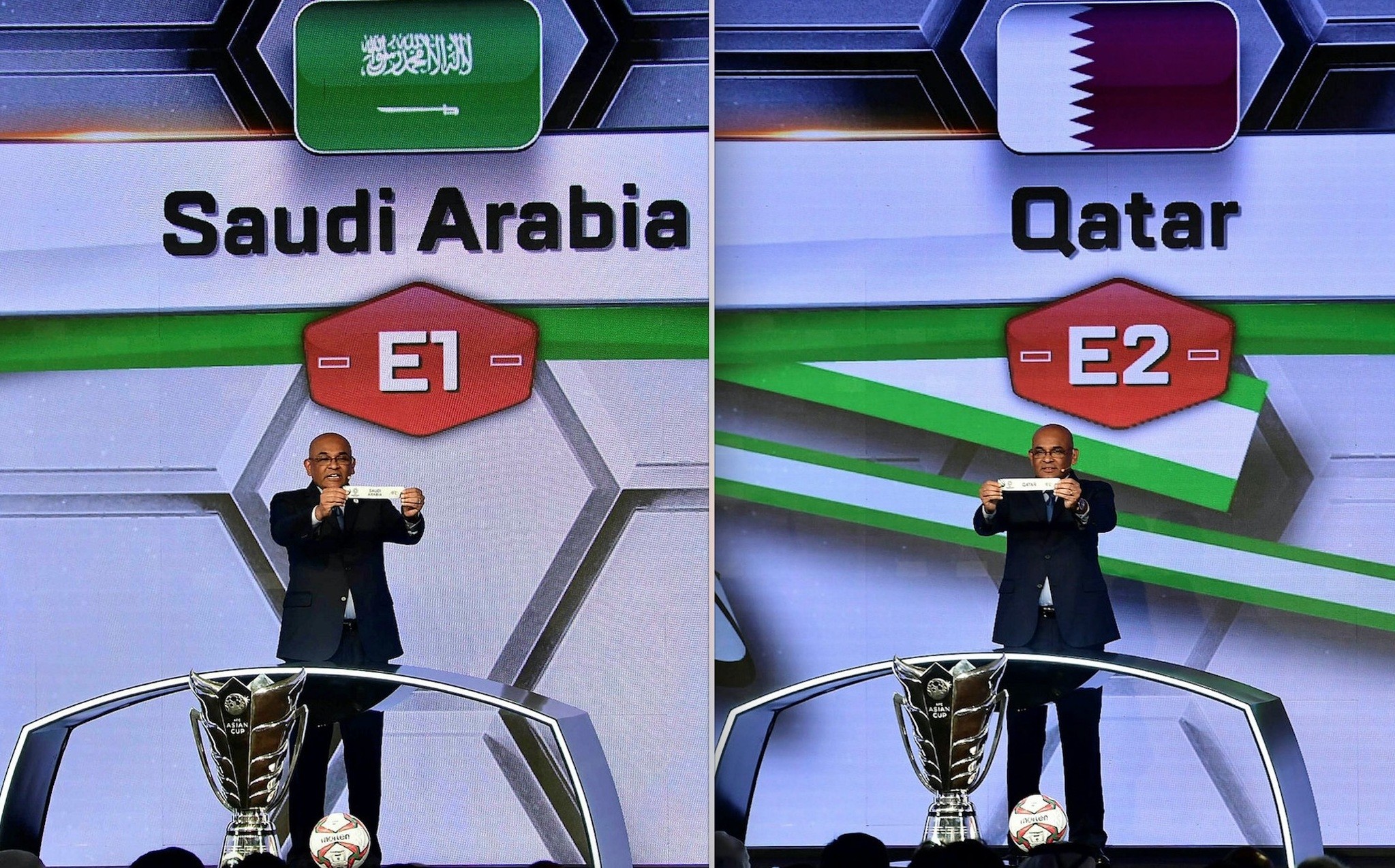 AFC general secretary Dato' Windsor John displays the slip of Saudi Arabia and Qatar during the final draw for the 2019 AFC Asian cup championship held in the Gulf emirate of Dubai on May 4, 2018. (AFP Photo)
by Associated Press May 04, 2018 12:00 am

Saudi Arabia and Qatar were drawn in the same group for the 2019 Asian Cup, increasing the ongoing political edginess to a tournament eight months away.

Since June, tournament host the United Arab Emirates along with Saudi Arabia, Bahrain and Egypt have severed all ties — including travel — with Qatar after accusing the country of supporting terrorism, which the state vehemenly denies.

Saudi Arabia and Qatar, host of the 2022 World Cup, were drawn on Friday in Group E beside North Korea and Lebanon.

Saudi Arabia is one of five teams in the expanded tournament that is focused on the World Cup in Russia.

Asian Cup titleholder Australia faces Syria, a team the Socceroos defeated in a World Cup playoff in October, as well as Palestine and Jordan.

Four-time champion Japan has been drawn with Uzbekistan, Oman and Turkmenistan.

Iran, at 36, the highest-ranked Asian team in the FIFA rankings, has drawn Iraq, Vietnam and Yemen.

The Philippines, making its debut in a tournament that has expanded from 16 teams in 2015 to 24, drew powerhouse South Korea, China and Kyrgyzstan.

The UAE will meet Thailand, India and Bahrain.

The tournament begins on Jan. 5. The top two teams from each of the six groups will progress to the second round, as will the best four third-placed finishers.The final is in Abu Dhabi on Feb. 5.