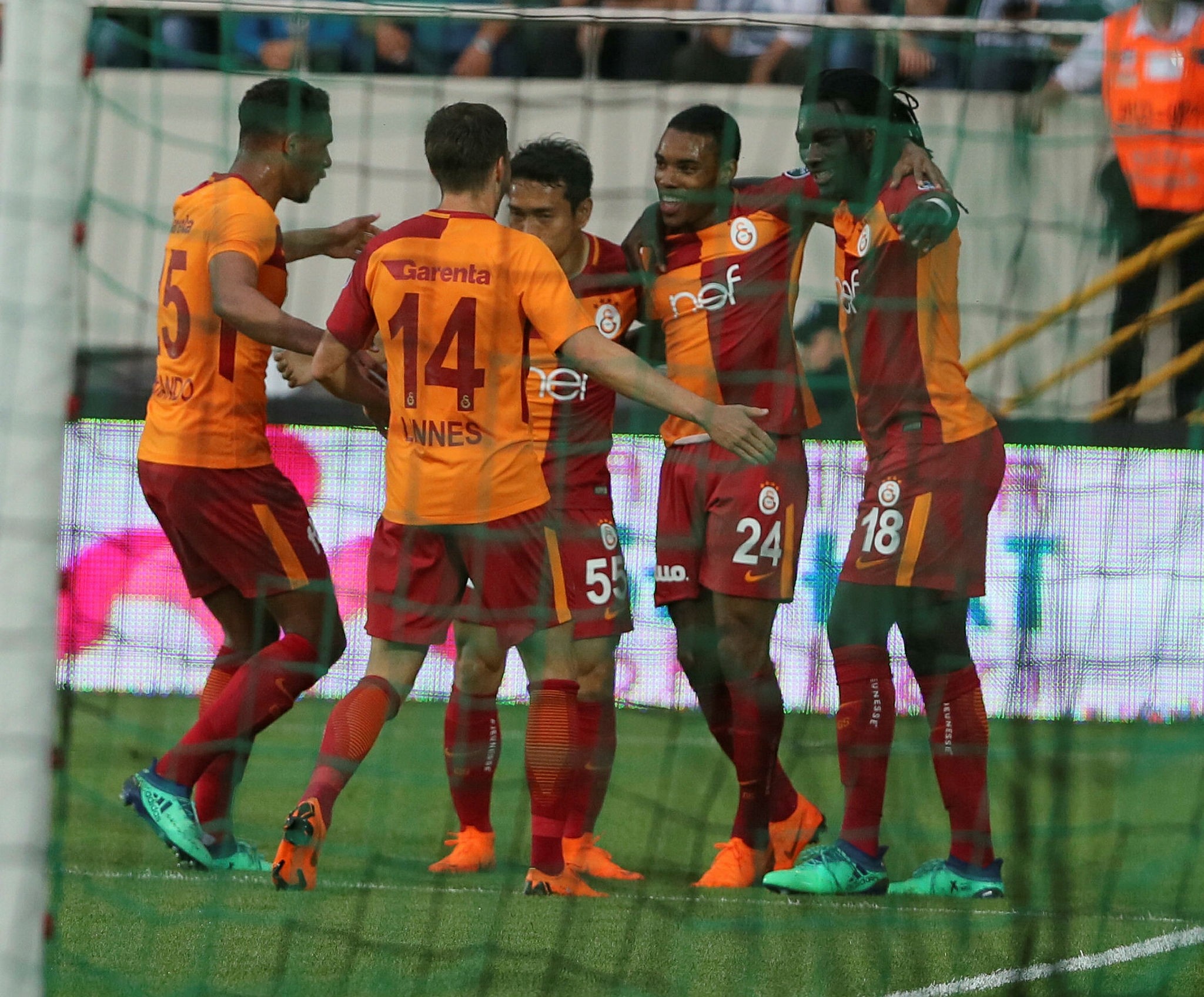 Akhisarspor could not convert a penalty kick in the 33rd minute with Soner Aydoğdu.

The second half started with a goal for Akhisarspor, when striker Yevhen Seleznyov's shot came back from the post in the 50th minute but Galatasaray defender Serdar Aziz slid by mistake and allowed the ball to go in.

In the 90th minute, Akhisarspor's player Milan Lukac -- who was at the bench -- argued with the referee and was shown two yellow cards, meaning he was sent off with a red card.

Galatasaray's striker Bafétimbi Gomis also missed a penalty kick in the 90th minute; he missed his last three penalty kicks in the league.

On Friday evening, Medipol Başakşehir drew with Sivasspor at home with a 1-1 score, losing two critical points in the title race.

Fenerbahçe, on the other hand, won against Bursaspor 2-1 to keep their title hopes alive.

Despite going down 1-0 in the 70th minute, Fenerbahçe came back in front of their fans at home with goals to win the match 2-1 at the last minute.

Both Fenerbahçe and Başakşehir closed the week with 66 points.

In the last match of the 32nd match week, Beşiktaş will play against Kayserispor at home. The Black Eagles currently have 62 points and they are sitting at fourth place.