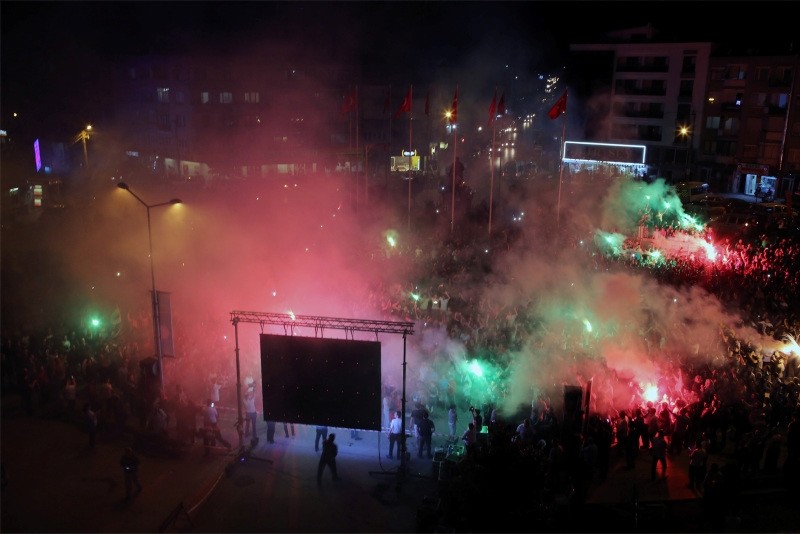 Akhisarspor on Thursday won the 2017/18 Ziraat Turkish Cup after beating Fenerbahçe 3-2 in the final.

The match was held in southeast Turkey's Diyarbakır at the newly built 33,000-capacity stadium.

Akhisarspor were the ones to open the scoring at the Diyarbakır Stadium in the 32nd minute thanks to Miguel Lopes' effort.

Fenerbahçe striker Fernandao, who came in after halftime, equalized the score four minutes before the hour mark with a powerful header from Mathieu Valbuena's cross.

The late goal from Josef de Souza brought the Istanbul giants back into the game, but the Yellow Canaries failed to force the game into overtime.

In the semifinals, Akhisarspor beat another Istanbul giant Galatasaray 3-2 on aggregate.

Meanwhile, Fenerbahçe — the most defeated team in the Turkish Cup finals in history — updated its record to 11 losses.