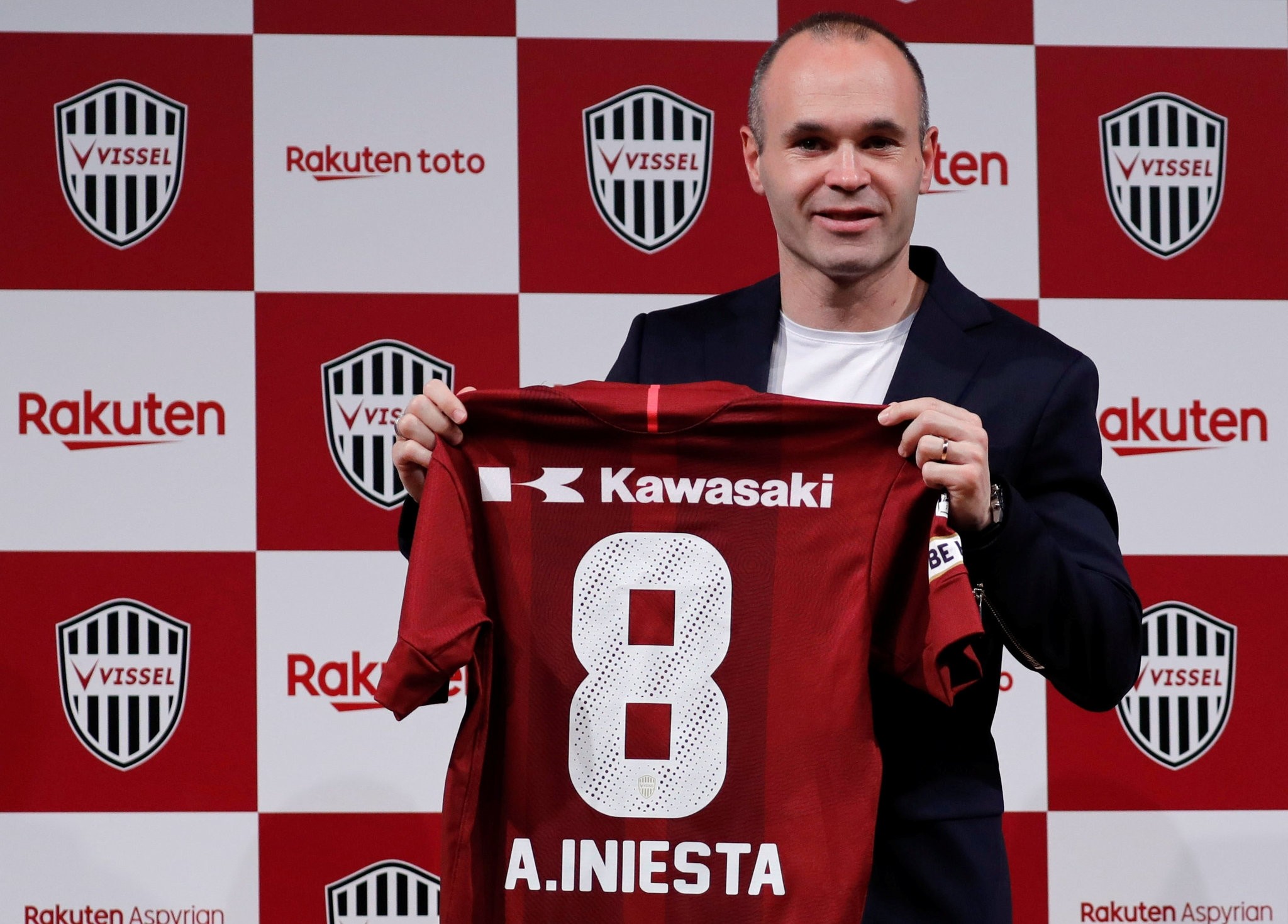 Spain midfielder Andres Iniesta kicked off a new chapter to his career when he signed for Japanese side Vissel Kobe yesterday, swapping La Liga for the J.League after 16 stellar years at Spanish champions Barcelona. The 34-year-old former Barca captain, who had spent his entire career at the Nou Camp, was introduced at a news conference in Tokyo by Kobe owner Hiroshi Mikitani and will wear his familiar number eight jersey for the J.League side.

"This is a very special day. This is a very important challenge for me and my career," Iniesta said, noting that he had a lot of respect for Japanese soccer which had many high-level players.

"Therefore, I would like to contribute to my team and show my style of play. That is why I came to Japan and through my play I hope to make contributions for further development for the club and Japanese soccer."