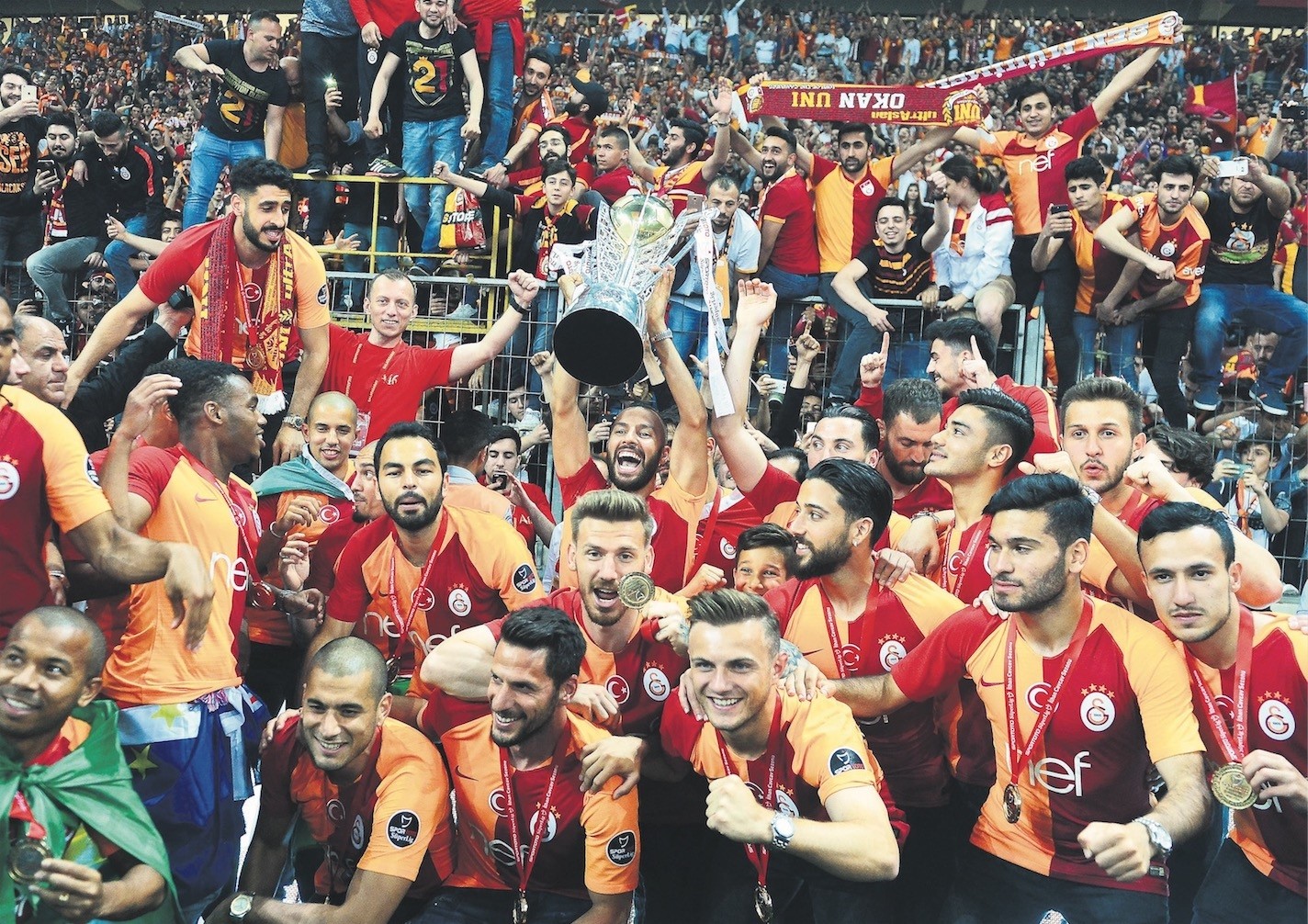 The 2017-2018 season of the Turkish Super League saw some neck and neck competition up until the very last minute. Even though Galatasaray claimed the title, it could only do so on the last day and after fending off some tough competition from its Istanbul rivals. The hard-fought season also saw four teams cross the 70 points threshold, for the first time since 2007-2008. Galatasaray was crowned champion with 75 points, second and third placed Fenerbahçe and Medipol Başakşehir were close behind with 72 points each. Third-placed Beşiktaş picked up 71. As far as competition go, Turkish Super League had the closest title race in Europe this year. The titles in the English, German and French leagues were decided with more than five weeks to go. Manchester City, Bayern Munich and Paris Saint-Germain (PSG) all secured their titles early whereas Galatasaray was challenged nearly until the last whistle. In Spain, Barcelona claimed the La Liga title with four weeks in hand and in Italy Juventus was crowned champions with one week to go.

In terms of point difference, champion Galatasaray only had a three-point lead over its nearest rivals Fenerbahçe and Başakşehir. Italy's Juve finished the season four points ahead of its nearest rival Napoli. Barcelona, on the other hand, was far ahead of runner-up Atletico Madrid with a 14-point advantage. In England, Manchester City rewrote record books as it set a points difference record this year by finishing the league 19 points ahead of its nearest rival Manchester United and racking up an incredible 100 points. Another record was set by Bayern Munich with 84 points, 21 points ahead of the runner-up Schalke 04. Meanwhile, Paris Saint-Germain finished the league with 93 points, 13 ahead of second-placed Monaco.

In the Turkish Super League, all three newly-promoted sides from last season defended their places in the top tier. Göztepe, Demir Grup Sivasspor and Evkur Yeni Malatyaspor finished the league with satisfactory performances. The trio picked up the most points for newly promoted sides since 1994-1995. Göztepe and Demir Grup Sivasspor collected 49 points each while Evkur Yeni Malatyaspor had 43.