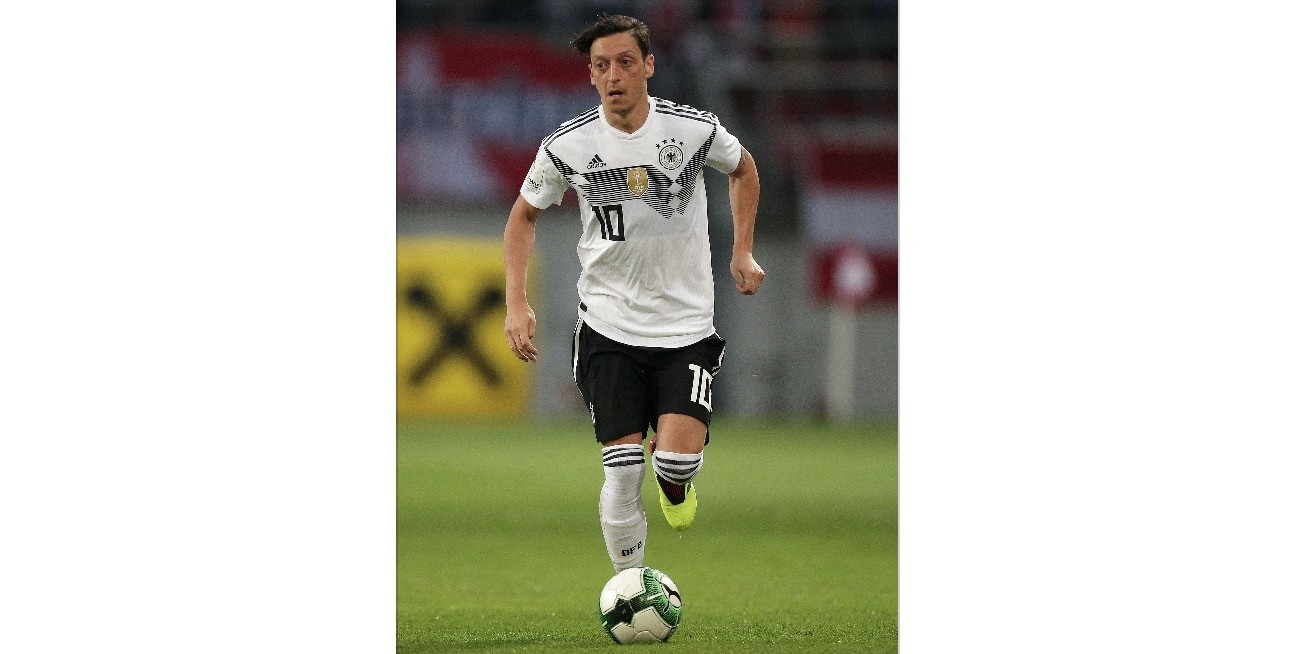 World Cup holders Germany stay top after the latest round of international fixtures while the rest of the top seven remained unchanged from May's rankings. The Germans are in good shape heading to Russia after their talismanic goalkeeper Manuel Neuer, a key player in their 2014 victory, returned to action after a long absence through injury. Arsenal star Mesut Özil will miss Germany's final warm-up match on Friday with a knee injury, but the attacking midfielder's participation in the World Cup is not in danger, according to the German football federation. Özil, 29, will sit out the friendly against Saudi Arabia in Leverkusen with light bruising to his left knee, but was able to run in training yesterday.

The midfielder, who picked up the injury in Saturday's shock 2-1 defeat to Austria, has not taken part in full training over the last four days at Germany's pre-World Cup camp in Eppan, north Italy.

"It's nothing dramatic, we just don't want to take any risk and he was able to sprint in training. I assume he will be okay for the World Cup," said Germany's team director Oliver Bierhoff. Özil, who finished the 2017/18 season with a back injury, faces a race to get his knee ready for Germany's first World Cup game against Mexico in Moscow on June 17 having also drawn South Korea and Sweden in Group F. Meanwhile, Neymar's on-form five-time World Cup winners Brazil is second, multi-talented Belgium is third, Cristiano Ronaldo's European champions Portugal fourth, Lionel Messi's Argentina is fifth and Turkey is 38th. British bookmakers would agree with the top two as they make Germany and Brazil joint World Cup favourites at odds of five to one followed by Spain, France and Argentina. World Cup host nation Russia meanwhile slide to 70th position after a seven-game winless streak. They kick off the tournament against Saudi Arabia on June 14.

Separately, Messi is nowadays in middle of Israel-Palestinian spat, according to AFP. The Israeli and Palestinian football associations traded accusations over the cancellation of a World Cup warm-up match between the Jewish state and Argentina in the disputed city of Jerusalem. Israel accused the Palestinians of "football terror," saying their threats saw Barcelona superstar Lionel Messi and his team abandon what would have been Argentina's final friendly match ahead of the World Cup. The Palestinians rejected the allegation, saying the Argentinians pulled out of the match as they realized Israel was using their presence for political gain. The encounter was called off Tuesday after a campaign by the Palestinians following its relocation to Jerusalem.