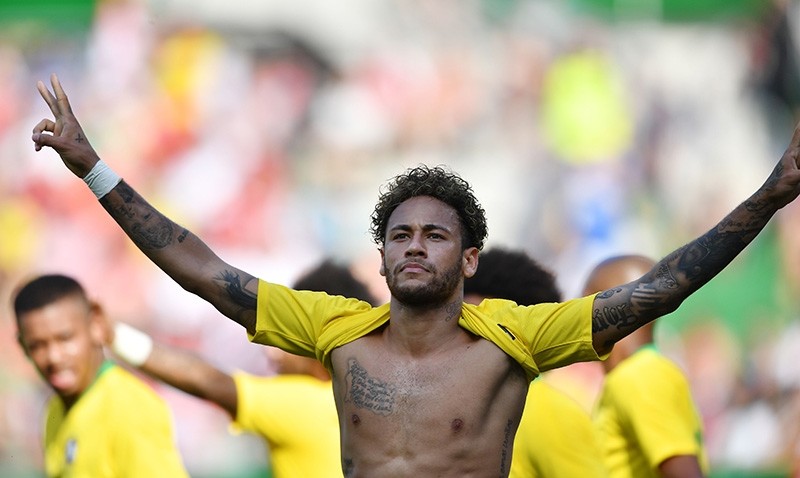 Brazil's forward Neymar celebrates during the international friendly footbal match Austria vs Brazil in Vienna, on June 10, 2018. (AFP Photo)
by Compiled from Wire Services Jun 10, 2018 12:00 am

Neymar left Aleksander Dragovic on the floor with a dragback and then scored with a shot between Lindner's legs.

Six minutes later, substitute Roberto Firmino set Philippe Coutinho clear down the left and he curled his shot wide of Lindner for the third.

Neymar started for the first time since recovering from a foot injury that kept him out for three months. He also scored as a second-half substitute against Croatia a week ago.