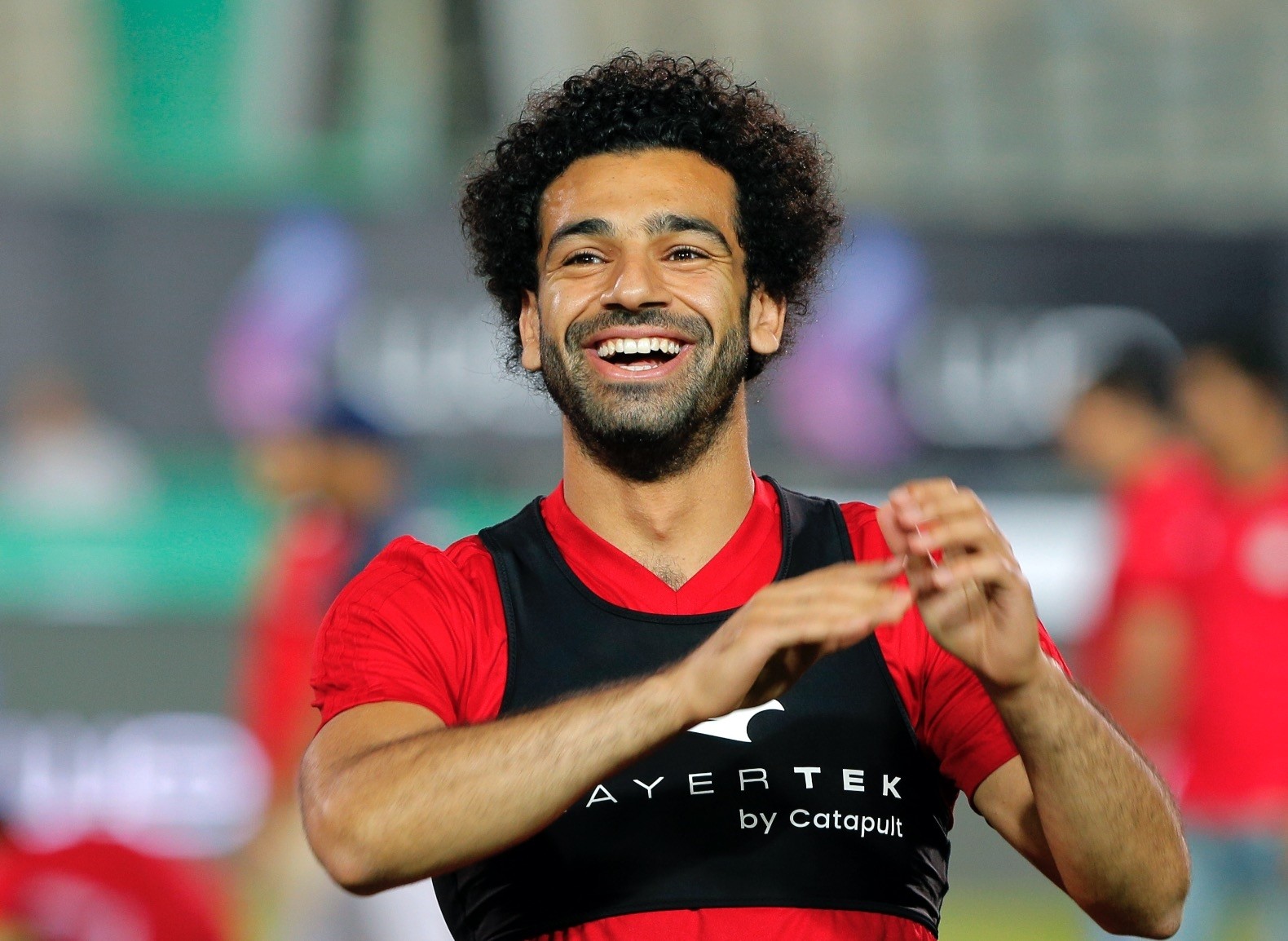 Egyptian national team player and Liverpoolu2019s star striker Mohammed Salah smiles as he greets fans during the final training of the national team at Cairo Stadium June 9.
by Jun 11, 2018 12:00 am

Liverpool star Mohamed Salah turned up for Egypt training in Cairo on Saturday ahead of the Pharaohs' departure for the World Cup in Russia but didn't take part, Agence France-Presse (AFP) said. Thousands of supporters turned up to watch Egypt's final, late night training session before taking flight for Russia, cheering wildly. The training session began just before 10pm. Although dressed in kit, Salah stood around in the middle of the pitch chatting to backroom staff while his team-mates trained. The record seven-time African champions have qualified for the World Cup for only the third time and first since 1990.

They begin their Russian campaign on June 15 against twice former winners Uruguay.

Salah has been picked in the Egypt squad despite suffering from a shoulder injury picked up in Liverpool's 3-1 Champions League final defeat to Real Madrid that many fans feared would keep him out of the global football showpiece. After scoring 44 goals for Liverpool last season following his move from Roma, Salah is vital to Egyptian hopes in Russia.

The Egyptian football federation said after his injury that he could be out for three weeks, meaning he would miss their opening Group A match but could then subsequently be available against Russia and Saudi Arabia. The national team's doctor, Mohamed Abou al-Ela told ON Sport TV that they would soon know when Salah will be fit to play and to what extent he'll be available in Russia.

"We won't be able to tell until after two days," he said, declining to give any more details.