US, Mexico and Canada to host 2026 World Cup 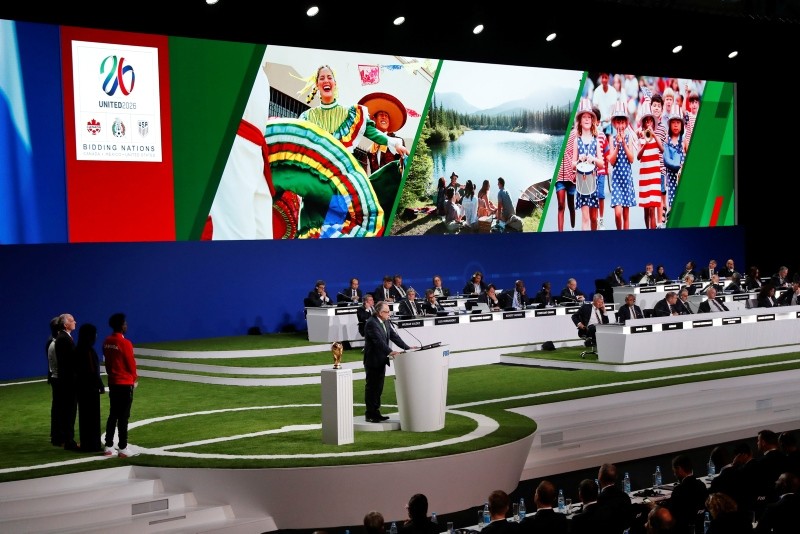 Decio de Maria, President of the Football Association of Mexico, presents a joint United bid by Canada, Mexico and the United States to host the 2026 World Cup at the FIFA congress in Moscow, Russia, Wednesday, June 13, 2018. (AP Photo)
by Compiled from Wire Services Jun 13, 2018 12:00 am

FIFA announced Wednesday that the U.S., Mexico and Canada to host 2026 World Cup.

The outcome was an endorsement for the more profitable and stable bid from the North American neighbors.

In his acceptance speech, U.S. Soccer Federation president Carlos Cordeiro says "Thank you so, so very much for this incredible honor."