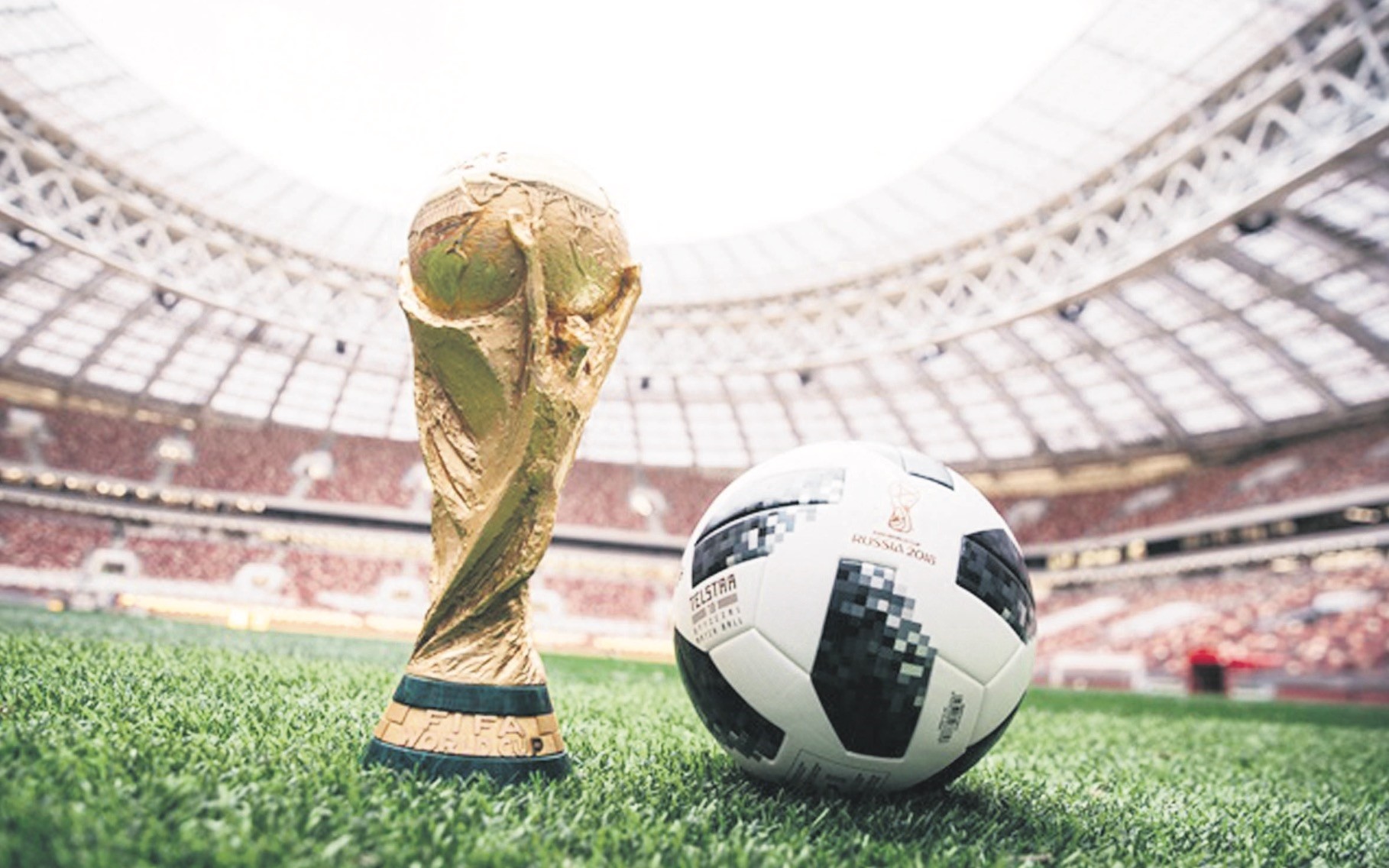 Nobody would have hand picked the tournament's two worst teams to launch the 2018 World Cup, but when Russia and Saudi Arabia meet today, form will be irrelevant as the world's biggest sporting festival explodes into life in Moscow. Host Russia, and Saudi Arabia are the two lowest-ranked teams at the tournament by some distance and they are both in dire form. But their clash will set the tone for the global showpiece. Partly due to a lack of competitive matches, Russia have slipped to 70th in the FIFA rankings, which sounds shockingly low for a World Cup team until you glance up to see the Saudis, despite securing automatic qualification from a competitive Asian confederation, at 67. Despite failing to win in seven matches stretching back to October, 2017, the host still has realistic hopes of making it to the second round for the first time in more than 30 years after being drawn in a group also containing Egypt and Uruguay.

Russia coach Stanislav Cherchesov has been working overtime trying to rebuild his team, particularly defensively, after a cruel run of serious injuries to some of his most experienced operators, but the tournament has arrived without him showing much evidence of progress. His team last tasted success via a 4-2 victory over South Korea - and even that win needed two own goals - and their most recent warm-ups brought defeat by Austria and a 1-1 draw with Turkey. In those games, Russia's laboured build-up play and careless passing looked light-years away from the irresistible, quicksilver side that lit up the European championship a decade ago.That 2008 tournament, in which they reached the semi-finals, is something of an island of success for a nation who failed to qualify for the World Cups either side of it and made no impression in 2014 when they finished behind Belgium and Algeria.

That historical and recent lack of form means that few in Russia are holding out much hope of glory on home soil but the players will almost certainly be lifted by the occasion and by finally getting their teeth into a competitive match. They also have a puncher's chance in the shape of striker Fyodor Smolov, who has become a scoring machine since being left out of the squad in 2014. With more than 60 goals over the last three seasons for his club Krasnodar, if his team mates can get enough possession to supply him then Smolov knows how to finish. If they are going to do it against anyone then it should be against a Saudi team coming off the back of successive friendly losses to Italy, Peru and Germany, though they showed patches of encouraging form and did beat Algeria and Greece in May.

The domestically based Saudi squad is desperately short of international exposure and the experiment of sending nine players on loan to Spanish clubs for the second half of the season proved something of a disaster. Most failed to play at all with a handful being given a few token minutes in the final games of the campaign. Their World Cup pedigree is dire, too. This is their first appearance since 2006 and in their last three tournaments they lost seven and drew two of their group games. Russia could not have hoped for a more gentle start, but Cherchesov knows the players and public need to discover some confidence. "I am not a therapist able to reassure anyone," he said after the Turkey draw.

Spain coach Julen Lopetegui has been sacked just two days before the team's first World Cup match against Portugal, the Royal Spanish Football Federation (RFEF) said yesterday. Fernando Hierro, 50, will take over from Lopetegui who announced on Tuesday that he would be leaving his post after the World Cup to become Real Madrid coach. Lopetegui stunned his players on Tuesday by announcing he would leave his job after the World Cup to take over as Real Madrid coach.

Rubiales only took the job of Federation president last month and his first big move was to renew 51-year-old's contract until 2020. Some of the senior players had wanted to keep Lopetegui in his position but after lengthy meetings between the team captains, Lopetegui, Rubiales and Hierro yesterday it was announced he would have to leave. The former Real Madrid captain, played 89 times for his country scoring 29 goals - a record for a defensive player. He was a serial trophy winner with Madrid but his only experience as a first-team coach came at second tier Oveido in the 2016-17 season. He left after one campaign when he failed to win them promotion.

FIFA president Gianni Infantino will stand for re-election in June next year. Infantino confirmed his expected candidacy in a speech about leadership, minutes after FIFA member federations voted for the United States, Canada and Mexico to host the 2026 world Cup. The 134-65 vote over Morocco's bid will help secure FIFA's financial future, with the North American bid likely securing billions of dollars in extra revenue. Infantino says leaders must bring "clarity, decisiveness, courage, passion and humility." The FIFA election is next June 5 in Paris.

FIFA member federations voted 134-65 in favor of selecting the joint bid from the United States, Canada and Mexico to host the 2026 World Cup over Morocco. The outcome was an endorsement for the more profitable and stable bid from the North American neighbors. The four countries involved in the bidding and three U.S. territories were not involved in the ballot. In his acceptance speech, U.S. Soccer Federation president Carlos Cordeiro says "Thank you so, so very much for this incredible honor."