Hierro thrown in at the deep end as Spain faces Portugal 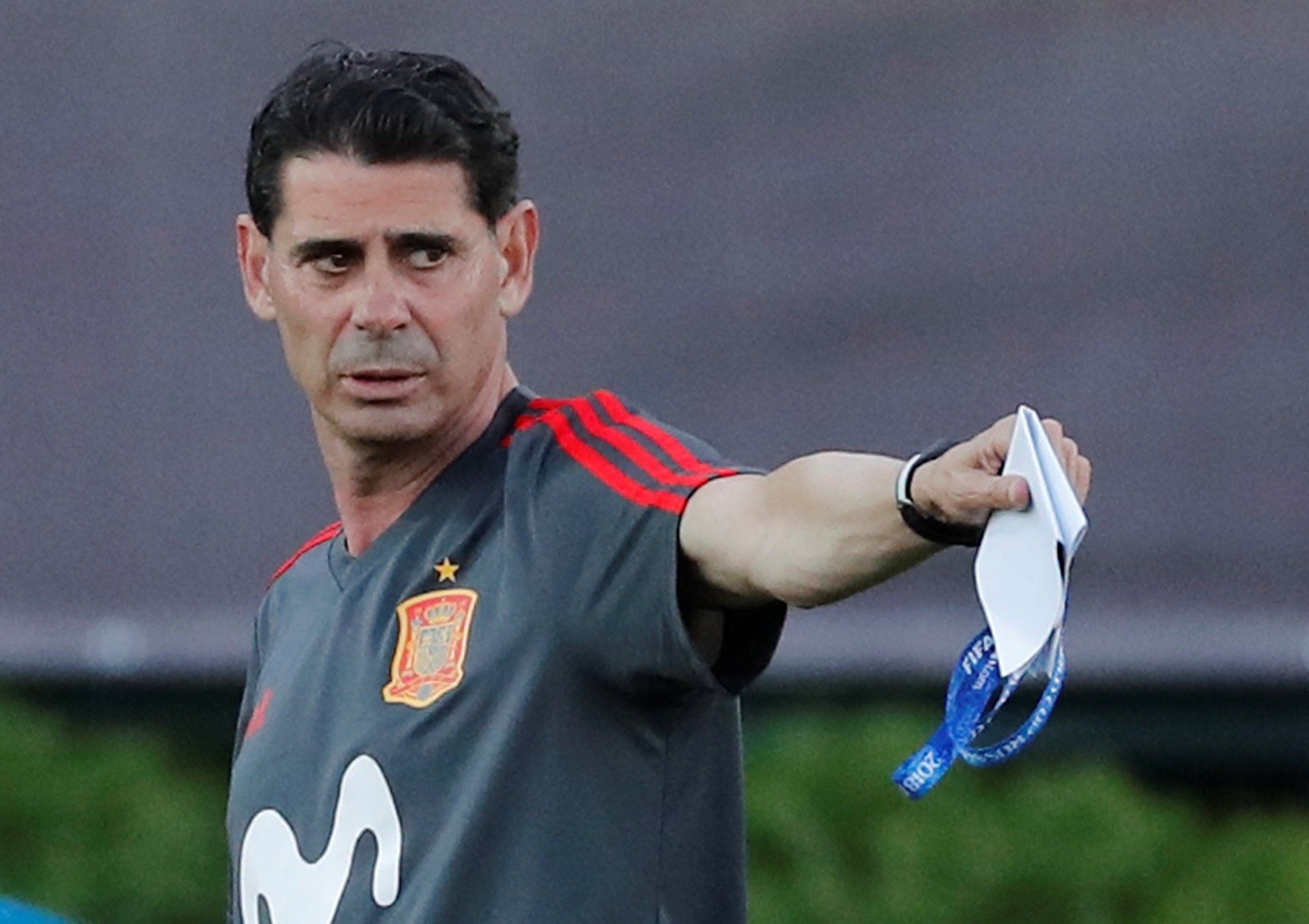 When Fernando Hierro boarded the plane to Russia last week he never would have imagined he would be leading the Spanish team into their first game. The former Real Madrid captain says he is ready for the test

New Spain coach Fernando Hierro knows he faces a baptism of fire in Sochi today when he leads the team into its first World Cup game against Portugal.

"It's an exciting challenge," said the 50-year-old coach before admitting: "The circumstances are what they are but we have a great group of players.

"You cannot change in two days the work that has been carried out over these two years."

Spain don't need to change too much - they are on a run of 20 games without a loss and are favorites to emerge from Group B. But they have been rocked by Tuesday's revelation that coach Julen Lopetegui had agreed to join Real Madrid and by his subsequent sacking Wednesday.

"We are here to fight for a World Cup. The challenge is too big to look back at what happened. The past is the past," said Hierro, who appears determined to move the conversation forward.

"If I did not think we could still have a great World Cup I would not have accepted the job.

"The players are up for the challenge and we have no time to think about anything else.

"We have to go out against Portugal as if nothing has happened. We have been waiting for two years for this."

There are few questions over the players' ability. But there is speculation over their mood.

When asked if the players had backed his decision to sack Lopetegui, the head of the Spanish Football Federation, Luis Rubiales, dodged the question on Wednesday which created the impression that there was some opposition.

How the side will play for Hierro is now the big question. He is very much a Madrid legend, and the one-time Spain defender is also held in high regard throughout Spanish football.

Hierro is known for his dignity and sense of doing the right thing. He is also someone the players admire for what he achieved in the game, scoring 29 goals in 89 games for Spain - no defensive player ever scored more. He won six leagues and three Champions Leagues with Real Madrid, before leaving the club in 2003 over questions of principal. He had disputed the sacking of coach Vicente del Bosque. The only concern for the players will be Hierro's lack of experience in the dug-out as a number one. He has enjoyed spells assisting at Real Madrid and has been director of football with the Spanish Football Federation in two different eras. But his only spell as a first-team coach was a brief spell in charge of Oveido. His task was to get the second tier club promoted to the top flight in Spain but he failed and left them after just one season.

Portugal will be a huge test, with the side struggling to believe their luck that their rivals are in disarray on the eve of such a big game. The game pits Cristiano Ronaldo against his Real Madrid team-mate Sergio Ramos, who has been affected more than most by the sacking of Lopetegui which he opposed. Speaking ahead of the game Portugal midfielder Bernardo Silva said: "Cristiano will be focused on his own performance. Nothing more. We are not thinking about the possible problems that Spain might have."