More than 5,000 seats empty at Russia World Cup due to no-shows 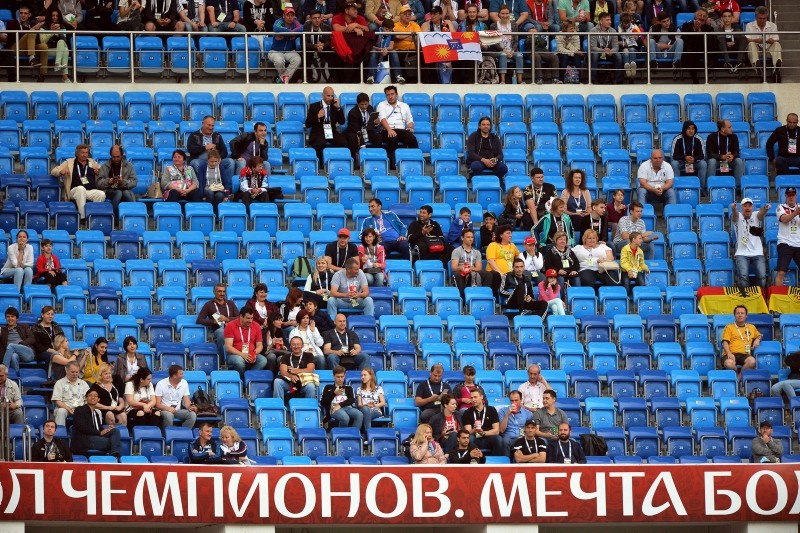 The more than 5,000 empty seats at the World Cup match between Uruguay and Egypt were due to no-shows of ticket holders, ruling body FIFA said on Saturday.

The empty seats had raised some eyebrows at Friday's Group A game which Uruguay won 1-0.

FIFA blamed no-shows and said "there were no problems with the ticket procedures of FIFA."

Russian football federation honorary president Vyacheslav Koloskov labelled the attendance "not bad" because the two teams were not that interesting for many Russian fans.

But the sports minister of the region, Leonid Rapoport, said the half-empty stands were "not nice" and added: "Of course we don't want this to be repeated in the next games."

The next match in Yekaterinburg is Thursday between France and Peru.

FIFA said last week that more than 2.4 million tickets have been sold for the 64 games of the tournament in 11 Russian cities, which started Thursday and runs until July 15. It also last made available an additional 100,000 tickets.