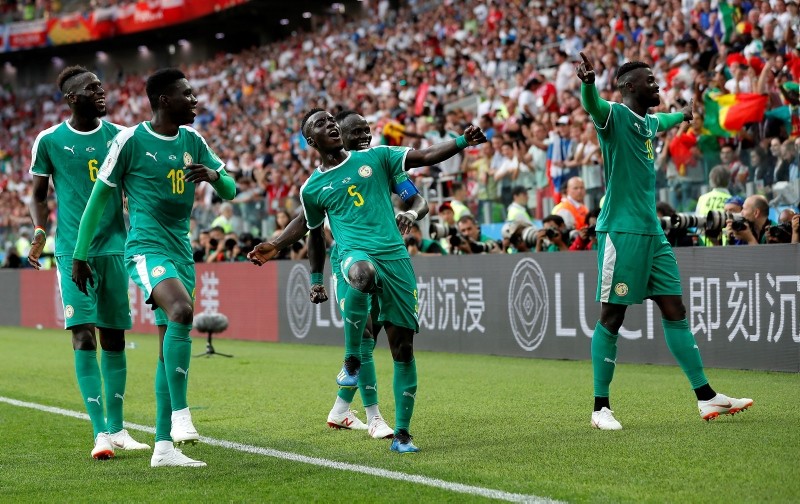 An own goal and catastrophic defending saw Poland slump to a 2-1 defeat to Senegal in Moscow to shake up Group H of the World Cup on Tuesday.

Thiago Cionek deflected a first-half shot shot by Idrissa Gana Gueye into his own net, while three players were at fault for a second on the hour by Mbaye Niang.

A poor back pass from inside the Senegal half by Grzegorz Krychowiak had substitute centre-back Jan Bednarek hesitate for a split second. That was enough for Niang to race to the ball first as keeper Wojciech Szczesny rushed out of his area, and the Torino forward was able to tap into an empty net.

Krychowiak made amends with a header from a free-kick by Kamil Grosicki in the 86th minute, but the goal came too late.

After Japan beat 10-man Colombia 2-1 earlier in the day, it leaves Poland, one of the top seeds in the draw, next playing Colombia in a battle for survival.

Senegal, back at a World Cup for the first time since reaching the quarter-finals in 2002, have again begun with a victory as they did 16 years ago by beating reigning champions France.

The win was fully deserved against a Poland side which was poor for much of the game, with captain and goal-getter Robert Lewandowski starved of any decent service

There was a suggestion Poland had been caught out unfairly for the second goal when Niang came back onto the pitch after he had been at the touchline while Senegal were about to bring on Cheikj Ndoye for Mame Diouf.

Several Polish players appeared to query the issue with Bahrain referee Nawaf Shukralla, but officials had waved Niang back on and the goal stood.

But the fancied Poland side, back at the World Cup after a 12-year absence, were in truth bereft of ideas in the first half and could find no real answers after the break despite increased urgency.

The Polish defence looked uncertain from the start, although the goal they conceded in the 37th minute was down to misfortune.

Niang began the move, bustling his way past Lukasz Piszczek on the left before passing to Sadio Mane. The Liverpool man knocked the ball to Gueye who shot from the edge of the area was deflected by Cionek past a flat-footed Szczesny.

Senegal were hoping to avoid joining their four fellow African sides - Egypt, Morocco, Nigeria and Tunisia - in losing their opening match, and fared little better initially, but they had the matchwinner in Niang.

Lewandowski meanwhile never looked like adding to the 16 goals he scored in qualification, although had a free-kick comfortably parried by keeper Khadim Ndiaye.

The best chance fell to Piszczek, but the Dortmund defender could not connect properly when in space at the far post before their late goal, which was small consolation in a major setback for Adam Nawalka's side.