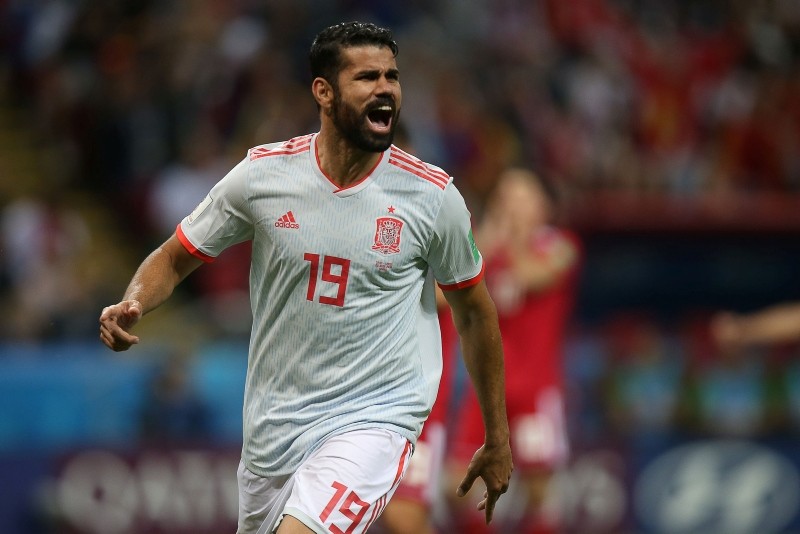 Spain attacked, attacked and attacked against Iran in Kazan on Wednesday but needed a massive slice of luck to secure a 1-0 victory which puts them on the brink of the World Cup last 16.

Iran defended doggedly to reach half-time at 0-0 but their resistance was broken by a deflection off Diego Costa in the 54th minute.

Iran has had very little possession throughout but has had a few solid chances, including a disallowed goal off a free kick minutes after Costa scored.

Forced from their shell, they managed to bundle the ball past Spain keeper David De Gea but the offside flag correctly halted their wild celebrations. 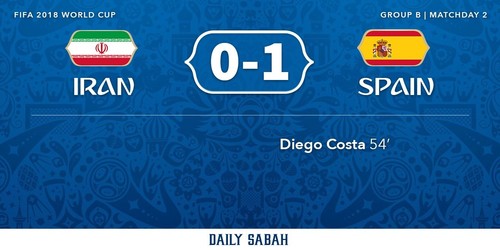 Diego Costa's deflected goal early has made this World Cup the first one since 1954 without a single 0-0 draw in the first 20 matches.

Spain are level on four points with Portugal atop Group B with the sides holding identical records. The Spaniards meet eliminated Morocco in the final round on Monday needing a win to definitely go through while Iran, on three points, will progress if they can upset the Portuguese.