Poland eliminated from World Cup after losing 3-0 to Colombia 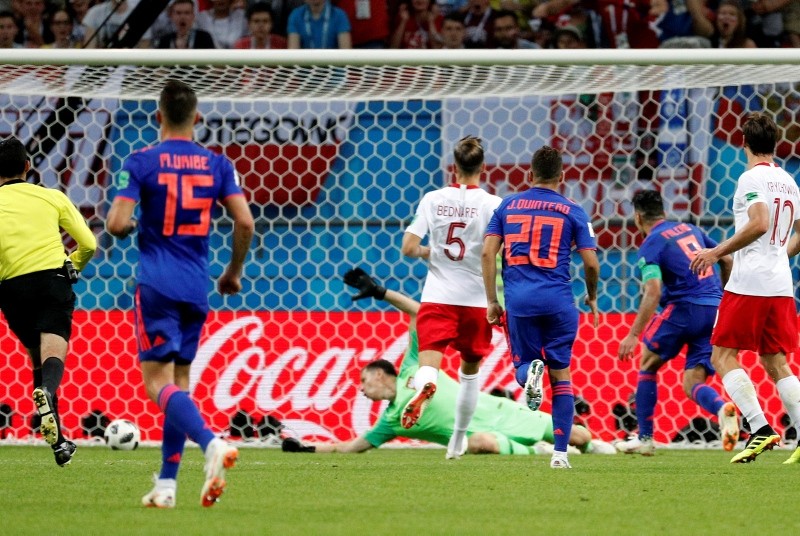 Colombia brushed aside Poland 3-0 in Kazan on Sunday to boost their hopes of reaching the World Cup knockout stage as captain Radamel Falcao starred with a goal and an assist.

The South Americans, quarter-finalists four years ago in Brazil, will be sure of progressing from Group H if they beat Senegal on Thursday, while the world's eighth-ranked team Poland are eliminated.

Defender Yerry Mina headed home from close range in the 40th minute when midfielder Juan Fernando Quintero caught the Poland defense off guard from a short corner with a smart clipped pass to James Rodriguez who whipped it in first time with his left foot.

Quintero's defense-splitting pass then gave captain Falcao, who missed the 2014 tournament due to injury, his first World Cup goal in the 70th, while Rodriguez got his second assist five minutes later when he set up Cuadrado to make it 3-0.