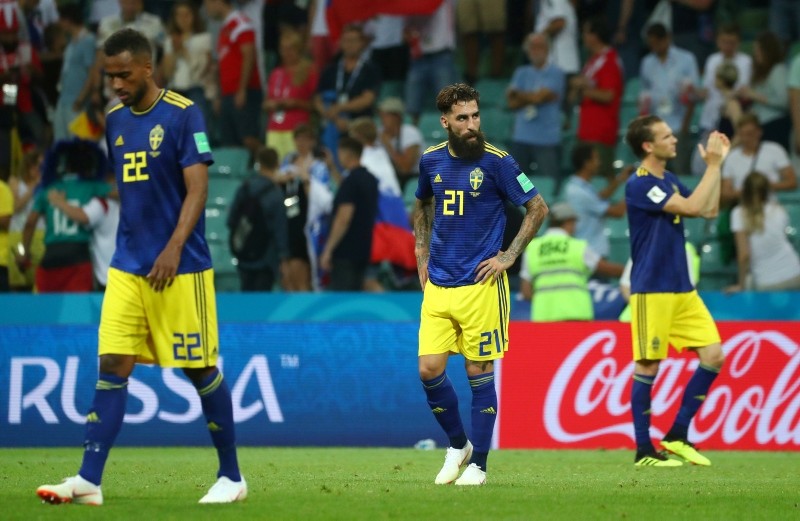 Sweden player of Turkish origin Jimmy Durmaz was subjected to a storm of racial hatred and threats on social media after giving away the free kick that led to Toni Kroos's late winner for Germany in their Group F World Cup clash on Saturday.

The Swedish Football Association said on Sunday it had filed a police complaint in the wake of a spate of threats and racial slurs targeting Durmaz.

"A police complaint has been filed. The Swedish Football Association filed it so that Jimmy can focus on what he is here for — to play football," Hakan Sjostrand, the association's general secretary, said in a statement.

Sjostrand said the player had backed the move.

"We will not tolerate that a player is subjected to threats and abuse. It's appalling and extremely upsetting to witness the treatment Jimmy Durmaz has been subjected to. Completely unacceptable," he added.

Sjostrand said that while he understood "the disappointment over losing in the last seconds," it was necessary "to also cope with a painful defeat with some sort of dignity and decency."

He added that it was "heartening" that Durmaz received so much affection from our supporters and "the vast majority support the team and are not engaged in threats and hate."

Durmaz, who came on late in the second half, fouled Germany's Timo Werner near the Swedish penalty box, resulting in a free-kick that Toni Kroos curled into the net five minutes into stoppage time.

The 29-year-old was slammed for the foul on social media and was targeted with racist remarks.

Durmaz, however, played down the abuse.

"I don't care about it, I stand here proud and represent my country," Durmaz said, according to Swedish media reports.

His team-mates and Swedish politicians came to his defense.

"He ran and fought the whole game, it's unlucky — it's completely idiotic to subject him to hate for that," striker John Guidetti told reporters.

"Jimmy is not to blame. People shouldn't blame an individual. You win as a team and we lose as a team," midfielder Albin Ekdal told the tabloid Aftonbladet.

Cabinet member Gustav Fridolin and co-leader of the Greens wrote on Facebook: "You win together. You pull through setbacks together. That's team sport. Or to be a supporter. Or, for that matter, to be a country."