Uruguay beats Russia to top Group A at World Cup 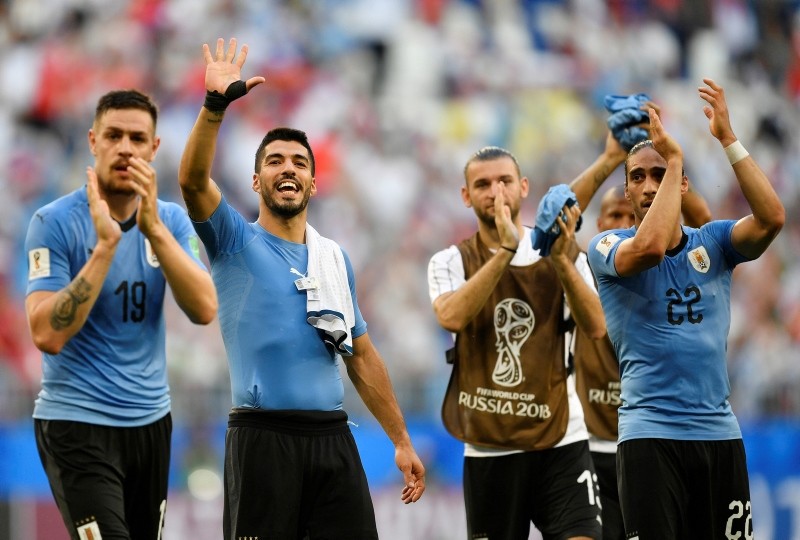 Uruguay defeated over World Cup hosts Russia 3-0 in the battle to top Group A on Monday courtesy of a Luis Suarez free kick, a Denis Cheryshev own goal and an Edinson Cavani tap in.

Diego Laxalt's shot came off Russian winger Cheryshev for the own goal and Russia's job got all the harder when Igor Smolnikov was sent off for two yellow cards after 36 minutes.

Both sides have already qualified for the last 16 with two wins.

Meanwhile, the other two teams in Group A — Egypt and Saudi Arabia — played in Volgograd.

In a dramatic match, Saudi Arabia won 2-1 thanks to a very late goal from Salem Al Dawsari.

Egyptian talisman Mohamed Salah scored with a lob in the 22nd minute before Saudi Arabia's Salman Al-Faraj leveled the score at 1-1 from the penalty spot in Monday's Group A game, the last match of the tournament for the two already-eliminated teams.

The Saudis were awarded a first penalty before half-time, but Egyptian keeper Essam El-Hadary — who became the oldest player ever to appear at a World Cup — saved Fahad Al-Muwallad's shot. When a second penalty was awarded minutes later, however, Al-Faraj scored from the spot