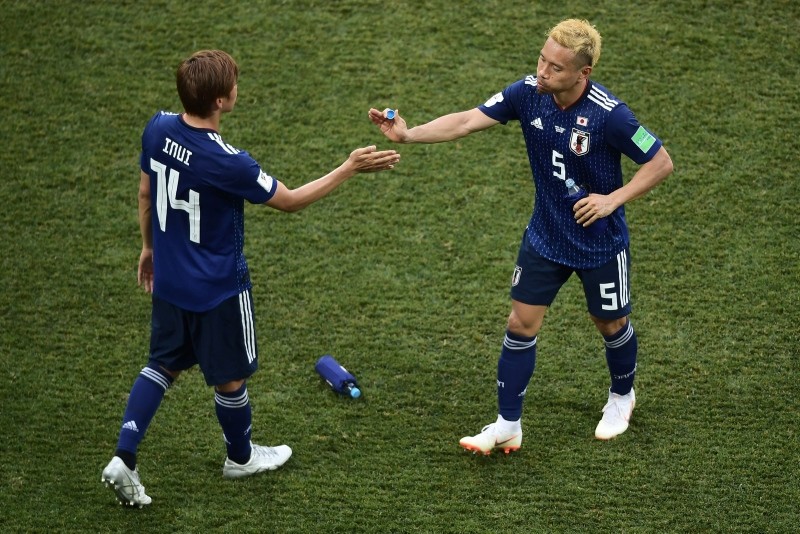 Japan's midfielder Takashi Inui (L) and Japan's defender Yuto Nagatomo (R) shake hands after the final whistle in the Russia 2018 World Cup Group H football match between Japan and Poland at the Volgograd Arena in Volgograd on June 28, 2018. (AFP)
by Jun 28, 2018 12:00 am

Japan tip-toed into the last 16 of the World Cup, losing 1-0 to Poland in Volgograd but benefiting from Colombia's defeat of Senegal in Samara and the fair play rule.

Centre-back Jan Bednarek volleyed the 59th-minute winner to give Poland a first win and a modicum of honour restored after two defeats in Group H.

The Blue Samurai needed a point - but circumstances also allowed for a defeat - following a 2-1 victory over Colombia and a 2-2 draw against Senegal.

But after going behind they had to hope the result of the game in Samara went their way - while avoiding yellow cards to stay ahead of Senegal. It did and Japan - on the same points, goal difference and goals scored as Senegal - went through on the fair play rule behind Colombia, with the Africans going home.Volgograd