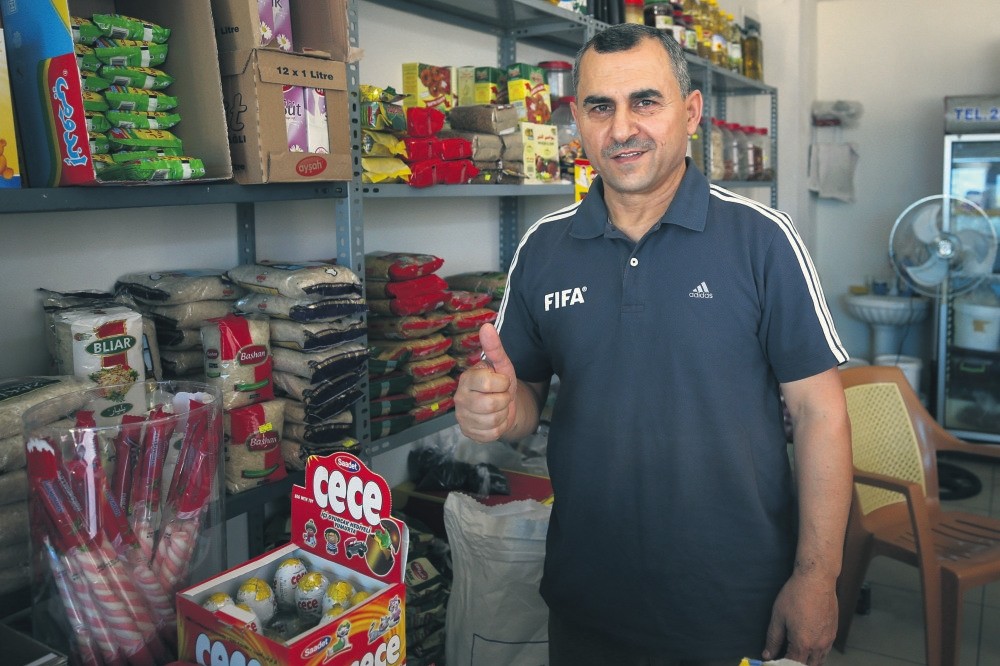 In Turkey's central Anatolian province of Kayseri, a grocer watches the World Cup with mixed feelings. That grocer was once a FIFA-licensed referee but today he works at a market. How? You ask. The answer is the Syrian civil war. Şakir Alhasan al-Hammadi had to leave his country with his family because of the ongoing civil war in Syria. He started a new life in Turkey and is making his living as a grocer in Melikgazi, a town in Kayseri. Al-Hammadi got his FIFA license in 2004 and still has not given up the passion for football. He regularly watches the World Cup matches at work on his laptop.

"I watch the games with big excitement. As a former referee I get both excited and emotional at the same time because I can't be a referee, I can only watch. I feel weird when I see my colleagues on TV," the emotional 50-year-old veteran ref said.

He has been living in Turkey for four years now but his passion for football has never dwindled. He talks about the World Cup with as much excitement as a young fan.

"My favorite team is Belgium. I think Belgium and England will advance to the final. Belgium has been working for 15 years in order to set up this team and it seems they made it. They play very well," he said.

"My favorite Turkish referee is Cüneyt Çakır. There are some referees who I worked with once and now they are refereeing matches in the ongoing World Cup. Even if not professionally, I want to referee matches in amateur leagues in Turkey. I sometimes go to watch matches in Turkey. Although I have FIFA license, I have difficulties to entering the stadiums. I want the authorities help me on this issue," he added.

Al-Hammadi also had a few things to share about the new Video Assistant Referee (VAR) that is being tested first time in the World Cup, saying, "Referees should use the VAR system more. If this system becomes widespread, matches would be fairer."