Turks in Germany warn of racism after World Cup collapse 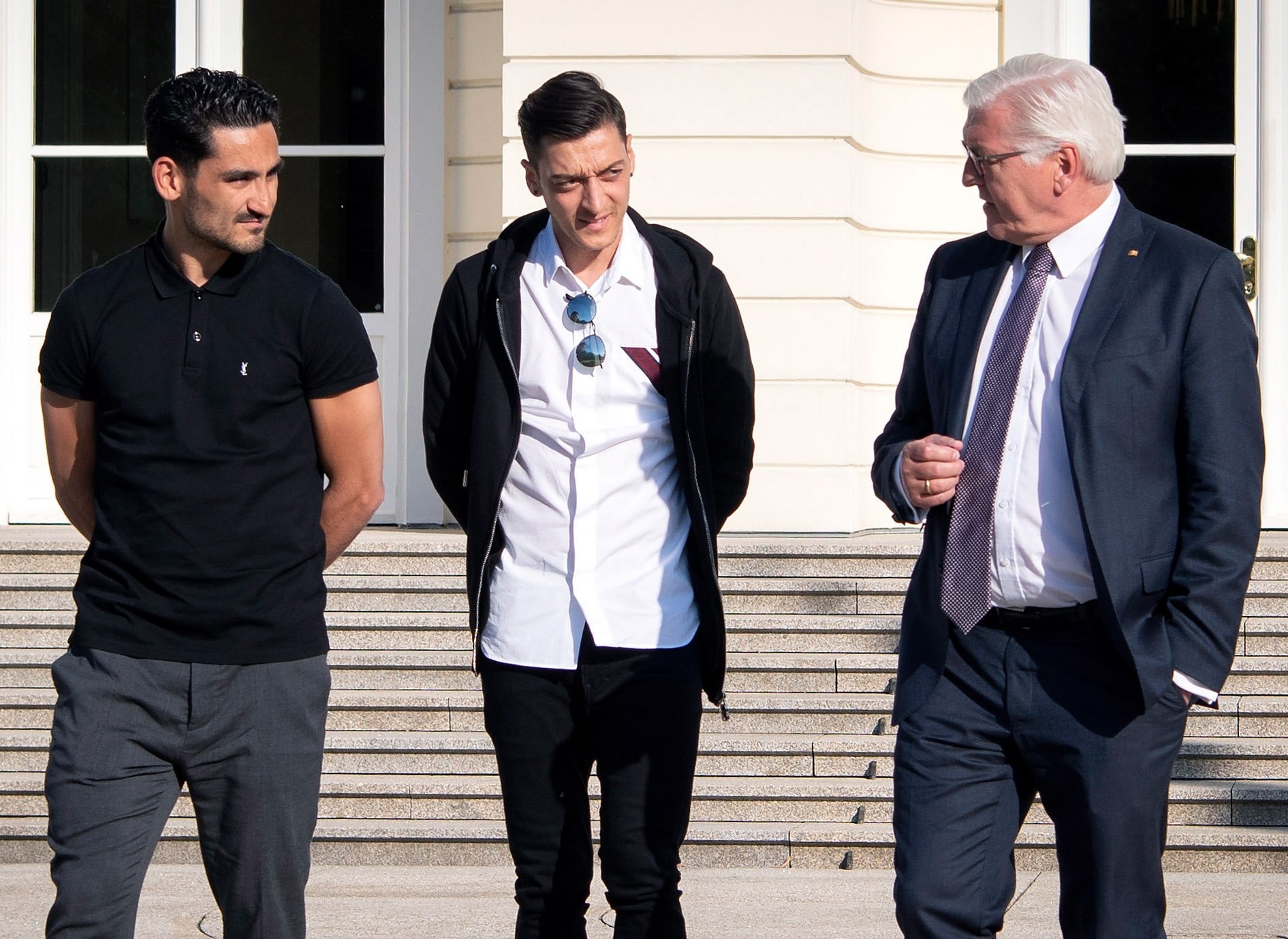 Since Germany humiliatingly crashed out of the World Cup, a team member with Turkish roots has faced a hailstorm of criticism that Muslim and migrant groups charge is openly racist.

Mesut Özil, 29, quickly become a scapegoat for far-right populists, but the storm escalated when even German football bosses, rather than defend him, suggested the squad may have been better off without him.

At the heart of the storm is a political controversy that flared before the World Cup started, when Özil and his team mate Ilkay Gündoğan posed for photos with President Recep Tayyip Erdoğan.

The incident sparked heated debate on whether the young men felt greater loyalty to their birth country Germany or to Turkey, the ancestral home of their families and of a three-million-strong minority group.

While Gündoğan, 27, who plays for Manchester City, voiced dismay about the controversy, Özil, an Arsenal midfielder, further infuriated critics by staying silent.

Özil, a key player in Germany's victorious campaign in Brazil in 2014, and Gündoğan endured jeers and boos on the pitch which, according to Bild daily, reduced Gündoğan to tears in the locker room.

But the anger escalated after Germany's shock first-round defeat to South Korea dismayed the football-mad nation.

First off the mark was the anti-Islam and anti-immigration Alternative for Germany (AfD), which has long railed against Chancellor Angela Merkel's welcoming stance to refugees.

AfD lawmaker Jens Maier charged bluntly that "Without Özil we would have won!" in a tweet that also featured a picture of a smiling Özil and the words "Are you satisfied, my president?"

The far-right AfD has risen to prominence with such shrill provocations, repeatedly suggesting that the national team should be made up of white, ethnic Germans.

But Muslim and other minority groups see the broader finger-pointing as a sign of a dangerous societal drift to the right at a time when immigration is a hot-button political issue.

Cihan Sinanoğlu of the Turkish community in Germany told German Press Agency (DPA) that the charges of disloyalty confirmed many Germans in their belief that "integration and multiculturalism have failed."

The issue came to a head last week when German Football Association (DFB) bosses, rather than try to defuse the situation, suggested the team may have done better without Özil.

The head of the Central Council of Muslims in Germany, Aiman Mazyek, called for DFB president Reinhard Grindel and team director Oliver Bierhoff to resign.

Armin Laschet, the premier of North Rhine-Westphalia state, where the players grew up, also slammed the DFB chiefs.

"The notion that a photo with Erdoğan is to blame for the defeat against football giants South Korea," he said, "is an idea only DFB officials could come up with — after three weeks of pondering the issue".

Author Baha Güngör said Özil "is suffering the fate of hundreds of thousands of Turkish-born young people in Germany, who have totally integrated but, because they are also committed to their Turkish roots, always end up back in the crossfire."

Speaking to a Cologne newspaper, he cited a similar example from France where player Karim Benzema, who has Algerian roots, had once remarked, "If I score, I am a Frenchman. If I miss, I am an Arab."

He pointed out that after racist attacks against Swedish international Jimmy Durmaz, who has Syrian roots, the entire Swedish team had backed their teammate and shouted "Fuck Racism."

"And in Germany? Here, the racism raining down on the two players is still met with silence, a scapegoat is being sought by those who want to distract from their own failure."

Özil's 50-year-old father Mustafa told newspaper Bild am Sonntag that Bierhoff's "insult ... serves to save his own skin" but had left his son "crestfallen, disappointed and offended."

"We used to say that if we win, we win together. But now that we lost, we lost because of Özil?"