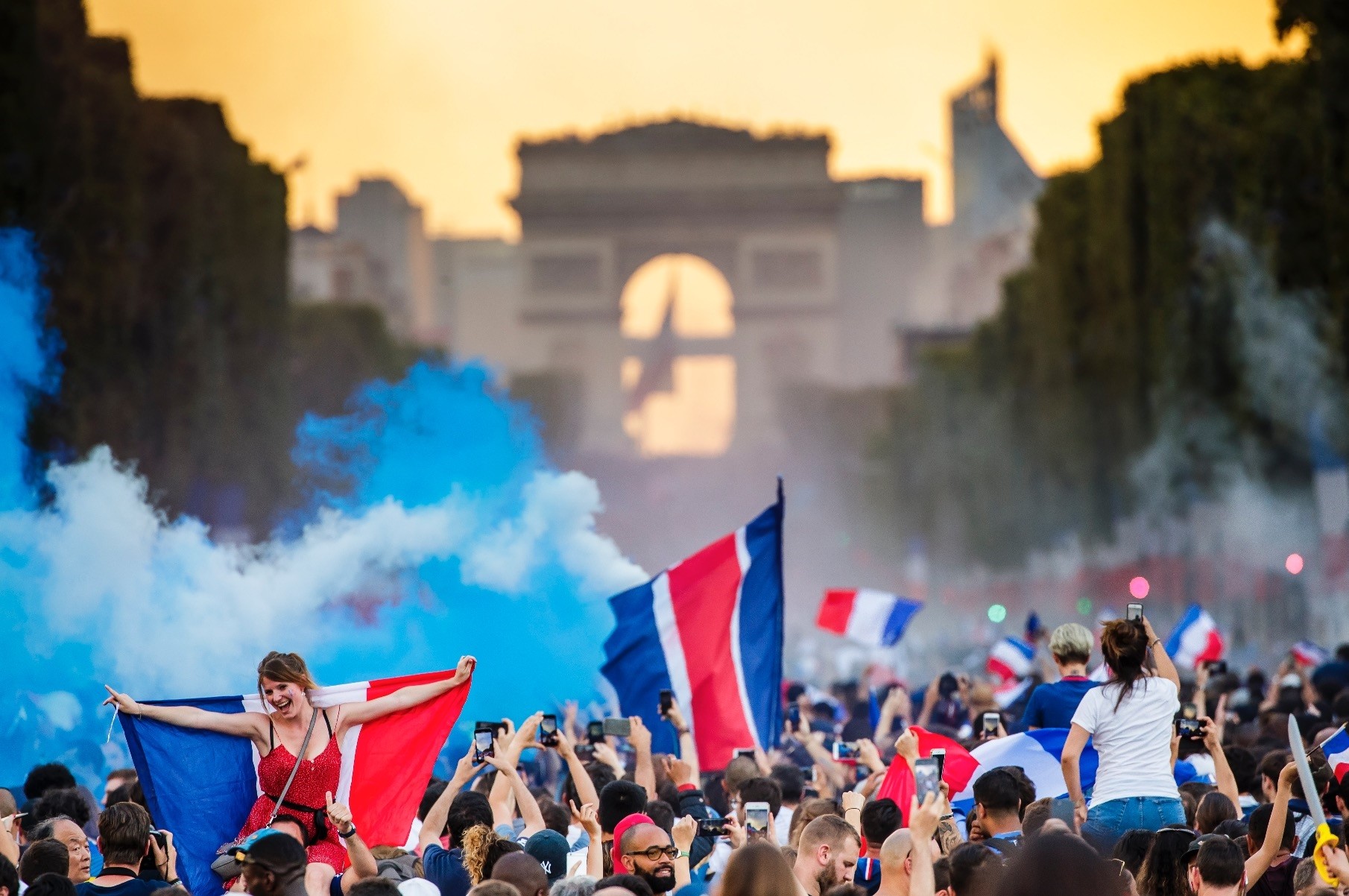 French supporters celebrate their teamu2019s victory on the Champs Elysees.
by Compiled from Wire Services
Jul 17, 2018 12:00 am

As the country celebrates its second World Cup title, France's young guns have now emulated or exceeded some of the national team's heroes of the past

There is nothing swashbuckling yet about this France side, no "carre magique," or magic square, of the team of the 1980s, when Michel Platini, Alain Giresse, Luis Fernandez and Jean Tigana were performing football conjuring tricks in midfield. Neither have they yet reached the stature of players such as Zinedine Zidane, Laurent Blanc, Robert Pires or Marcel Desailly from among the many big names of the 1998 World Cup winners. Yet the joint-second-youngest squad of the World Cup in Russia have left the tournament as world champions after defeating Croatia 4-2 in the final in Moscow's Luzhniki Stadium. Les Bleus have a second star to sew on their national team jersey. Players in their early 20s - or younger in the case of 19-year-old Kylian Mbappe - now already have a World Cup medal.

That is a feat three-time Ballon d'Or winner Platini never achieved in an era when France was considered one of the most attractive teams, but were twice beaten in semi-finals by West Germany - once on penalties in the first-ever World Cup penalty shoot-out - either side of a Euro 1984 title.

Players in the current France squad under Didier Deschamps, the 1998 captain, have emerged even stronger from their Euro final defeat two years ago against Portugal. The future appears to be theirs.

"I had a very young group, 14 of them, not at Euro 2016, were on a journey of discovery in the World Cup. But the quality was there," Deschamps said.

The 49-year-old former captain has a wealth of individual talent at his disposal. Some quality players from leading European clubs did not even make the squad. But the coach has constantly emphasized the collective. Organization and playing as a disciplined unit is the key for the pragmatic Deschamps, with the likes of Manchester United midfielder Paul Pogba - the 2014 young player award winner - sacrificing their usual attacking instincts to the team ethos. Their progress through the tournament has often been workmanlike, with the occasional flourishes of attacking flair, notably through Mbappe and Atletico Madrid forward Antoine Griezmann, who both scored four times in Russia.

Deschamps himself posed the question: "So, of course, the question to be asked is always: are France beautiful champions?"

"Well, we are world champion and France is going to be on top of the world for next four years. That's what needs to be remembered."

Deschamps took a soaking from some of his players before beginning his post-match press conference. For the coach, this only showed that these World Cup winners are young lads. Perhaps less playful players would not have won the trophy. Mbappe became the second-youngest goalscorer in a World Cup final, after Pele, arguably the greatest player of all time, who was 17 when he scored for Brazil against Sweden in the 1958 World Cup final. Mbappe, signed by Paris Saint-Germain from Monaco, has now eclipsed his Brazilian club team-mate Neymar at the tournament. A new global star has clearly emerged, with Mbappe representing a gradual changing of the guard as both Lionel Messi and Cristiano Ronaldo find themselves the wrong side of 30. Most commentators believe he and Les Bleus are destined for even greater things, as the team and its individual players can only get better.