Salah, Mane on target as Liverpool down City 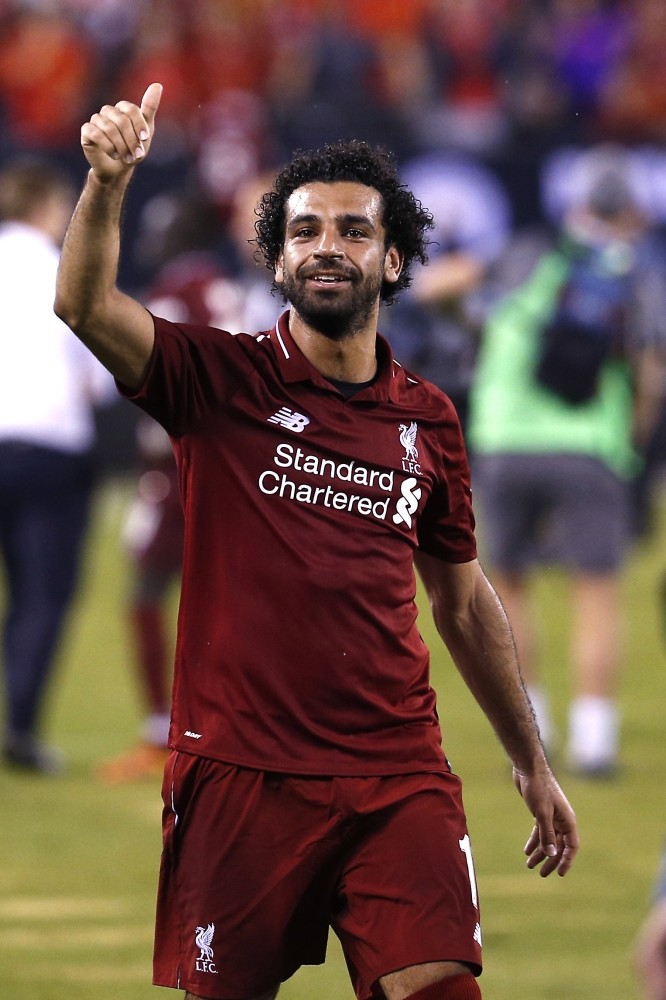 Mohamed Salah and Sadio Mane made an instant impact as Liverpool came from behind to beat Premier League champions Manchester City 2-1 in their International Champions Cup friendly match on Wednesday.

Mane stroked home Liverpool's winner from the penalty spot deep into stoppage time to give Jurgen Klopp's men a morale-boosting victory over an under-strength City team at the MetLife Stadium. Klopp praised Mane's performance after coming on in the second half. "The second half pleased me, first half not so much," Klopp said. "You saw the difference when Sadio came on. He played balls in behind and made life difficult. "With this and all the other changes, it changed the game."

Both Klopp and City boss Pep Guardiola were unimpressed with the makeshift playing surface in a venue used by the New York Giants and New York Jets NFL teams. "Better to throw the ball than pass it in this arena," Klopp said. Guardiola meanwhile said he was relieved no players were injured. "This happened in my first season with Barcelona and I was so angry, so upset," Guardiola said when asked about the pitch. "I grew up and am a more mature guy. I look to the other side. It is business. We pray before the game that there would be no injuries and that's what happened."

Both Liverpool and City's pre-season preparations in the United States have been disrupted by the absence of several key players who starred in the World Cup. Guardiola however sounded a positive note about the absentees. "I learned that when I was a little boy in Barcelona in the Academy. Don't find excuses," he said. "We are happy as a club to have 16 players out and the most with their national teams, that's a good sign for the club. "In the past it didn't happen, years ago, and that is good for our future. But we are going to adapt. It's as simple as that."

Salah and Mane both reported for duty for Liverpool in time for Wednesday's game. Nonetheless, it was City who took the lead just after half-time when German international Leroy Sane caught Liverpool's defense napping and burst clear to slot past Caoimhin Kelleher at 57 minutes.

Egypt star Salah, however, was quick to make his mark after coming on for Curtis Jones in the 62nd minute, scoring a header with virtually his first touch of the game to level it at 1-1. The game appeared to be heading for a draw until Tosin Adarabioyo crashed into Dominic Solanke in the area for a certain penalty. Mane stepped up to send Joe Hart the wrong way and give Klopp's team the win.