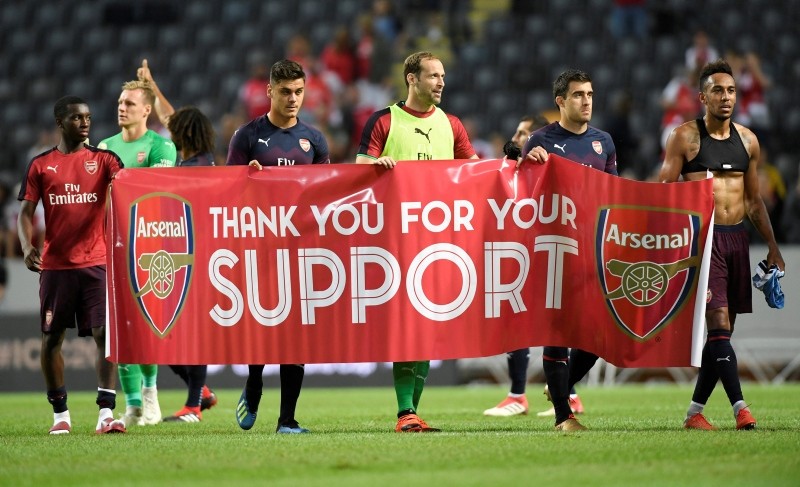 American billionaire Stan Kroenke has made an offer to buy the rest of Arsenal in a deal that values the English Premier League club at around $2.3 billion after Russian rival and minority holder Alisher Usmanov agreed to sell.

Kroenke, who also owns the U.S. Denver Nuggets basketball team and the Los Angeles Rams American Football team, said in a statement to the London stock exchange that he wanted to take Arsenal private to be better able to pursue its strategy.

The move comes at a crucial time for the north London club which is embarking on life without long-time manager Arsene Wenger who stood down in April after 22 years in charge.

"We at KSE are moving forward with this offer leading to 100 percent ownership of the club," Kroenke said in a statement. "We appreciate Mr Usmanov's dedication to the Arsenal Football Club and the storied ethos and history the club represents."

Kroenke, who already owns 67 percent of Arsenal, said he had received an irrevocable undertaking from Usmanov to sell his 30 percent stake and would buy out the remaining independent shareholders.

The club, under new manager Unai Emery, faces a battle to return to the summit of English football as the competition among the premier league's top six clubs has never been greater.