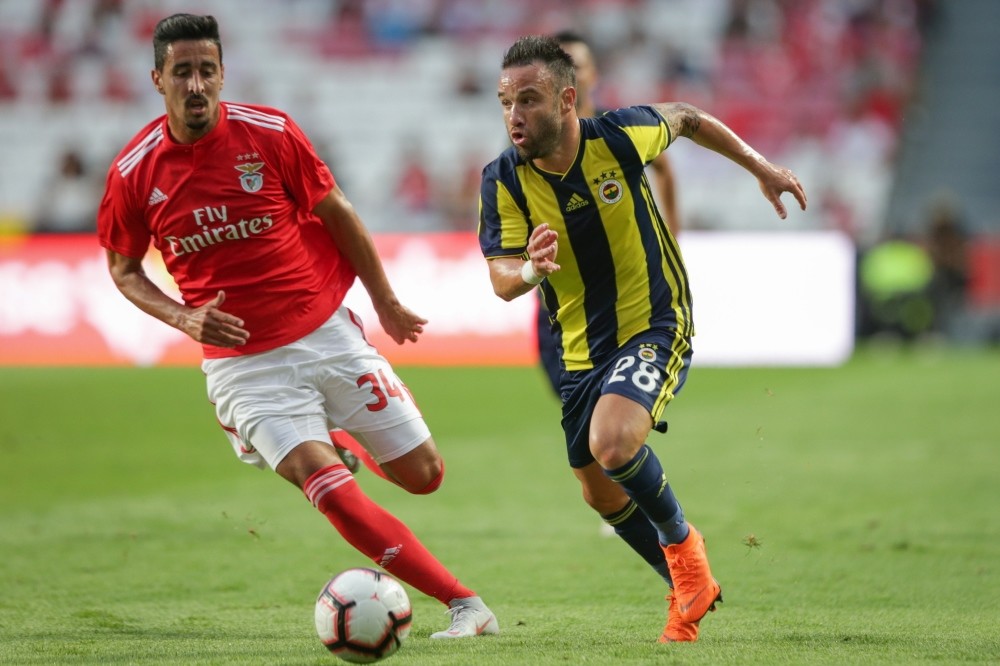 Despite a 1-0 loss against Benfica on Tuesday, Fenerbahçe is keeping its hopes up before its Champions League third qualifying round second leg match in Istanbul. Coach Philip Cocu and fans believe that the Yellow Canaries can win the revenge match. In Lisbon, Benfica earned a narrow victory in a match it controlled as Franco Cervi's deflected strike after 69 minutes handed them the advantage over Fenerbahçe, with both teams entering in this round of the qualifying process. When the teams played in the European Cup first round in 1975 Benfica won 7-0 but this time the Turkish side can hope to stage a second-leg comeback to secure a playoff. Losers of the tie will move into the UEFA Europa League group stages.

Fenerbahçe coach Cocu said: "We knew that the match would be difficult. I believe we played very good in the first half of the match. And we made a good defense in the second half. But we lost the ball too many times. We will play the second match at home and it's not a much bad score."

In the other matches in the Champions League qualifiers, Standard Liege fought back from two goals down to draw 2-2 with Ajax Amsterdam. Stanislav Dragun's header earned Belarusians BATE Borisov a 1-0 win at last season's Champions League group qualifiers Qarabag. Dinamo Zagreb won 2-0 at Astana, who reached the group stage in 2015, with goals from Mario Budimir and the impressive Dani Olmo to put one foot in the playoffs where Young Boys await. Elsewhere, Malmo drew 1-1 with Vidi and Red Star Belgrade was held by Spartak Trnava with the same scoreline.