Manchester City and Liverpool put down markers with impressive wins 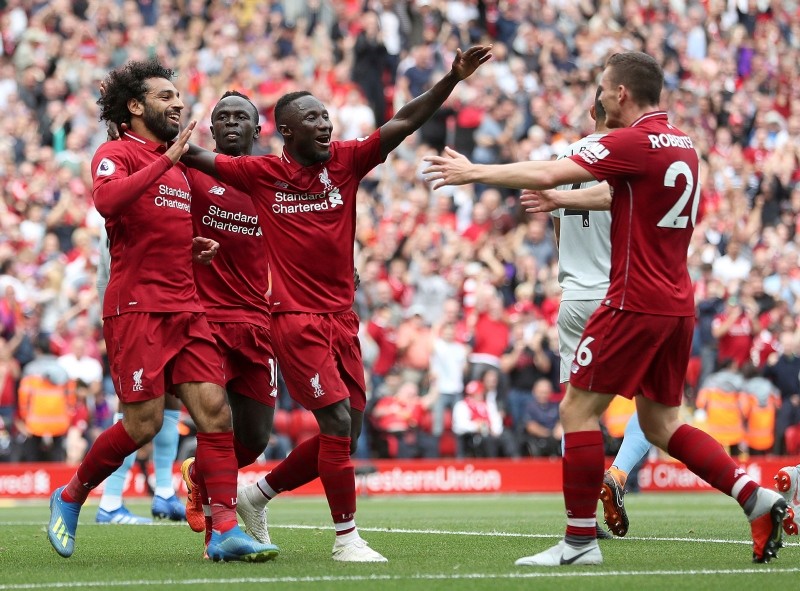 Raheem Sterling and Bernardo Silva scored as City began their title defense with a 2-0 away win that spoiled Unai Emery's debut as Arsenal manager.

"I think it was a fantastic game for us," Silva told Sky Sports.

"We wanted to be professional and we were. I think we were better than them and we're very happy for that."

Liverpool, meanwhile, got a brace from Sadio Mane in dominating West Ham United 4-0.

"We played as good as possible today and we extended a really good pre-season into the Premier League," Reds boss Juergen Klopp said.

"It was good, not surprisingly good, but it was better than I could have expected because I saw a lot of pre-season hope on the pitch."

At the Emirates Stadium, the spotlight shone on both sides as City began their quest to retain their title and Arsenal played their first competitive match for 22 years without Arsene Wenger as manager.

Sterling fired the champions in front in the 14th minute with a low shot past Petr Cech from the edge of the area.

Cech kept the hosts in the game with a double save against Riyad Mahrez and Aymeric Laporte and then with another stop after Sergio Aguero was sent in on goal.

But he could do nothing in the 64th minute, when Silva first-timed Benjamin Mendy's pass into the top corner to seal the win.

"When you play against a team with such quality and the confidence of being champions, it's always going to be difficult," Cech said.

"We are disappointed with the defeat but we have to realize it was our first game with a new manager, a new way of playing and I think it will help us to grow."

Liverpool took control from the outset against West Ham at Anfield.

Mohamed Salah, the league's top scorer last season, put the hosts in front by tapping in from close range in the 19th minute.

The Hammers looked set to reach half-time without further damage but inexplicably left Mane all alone to score in stoppage-time.

Mane got a fortuitous second after the restart as replays showed him to be offside when he took Roberto Firmino's pass and made it 3-0.

Daniel Sturridge then replaced Salah in the 88th minute and needed less than 30 seconds to close out Liverpool's brilliant display.

The goalkeepers played a big part in the goalless draw between Southampton and Burnley.

Southampton's Alex McCarthy denied Aaron Lennon and Jeff Hendricks in the first half, with counterpart Joe Hart getting the best of Jack Stephens and Mario Lemina after the break.

"We played really well in the first half but they changed it round at half-time and pushed us in the second half," Hart told the BBC.

"I think we're both happy with a point in the end."