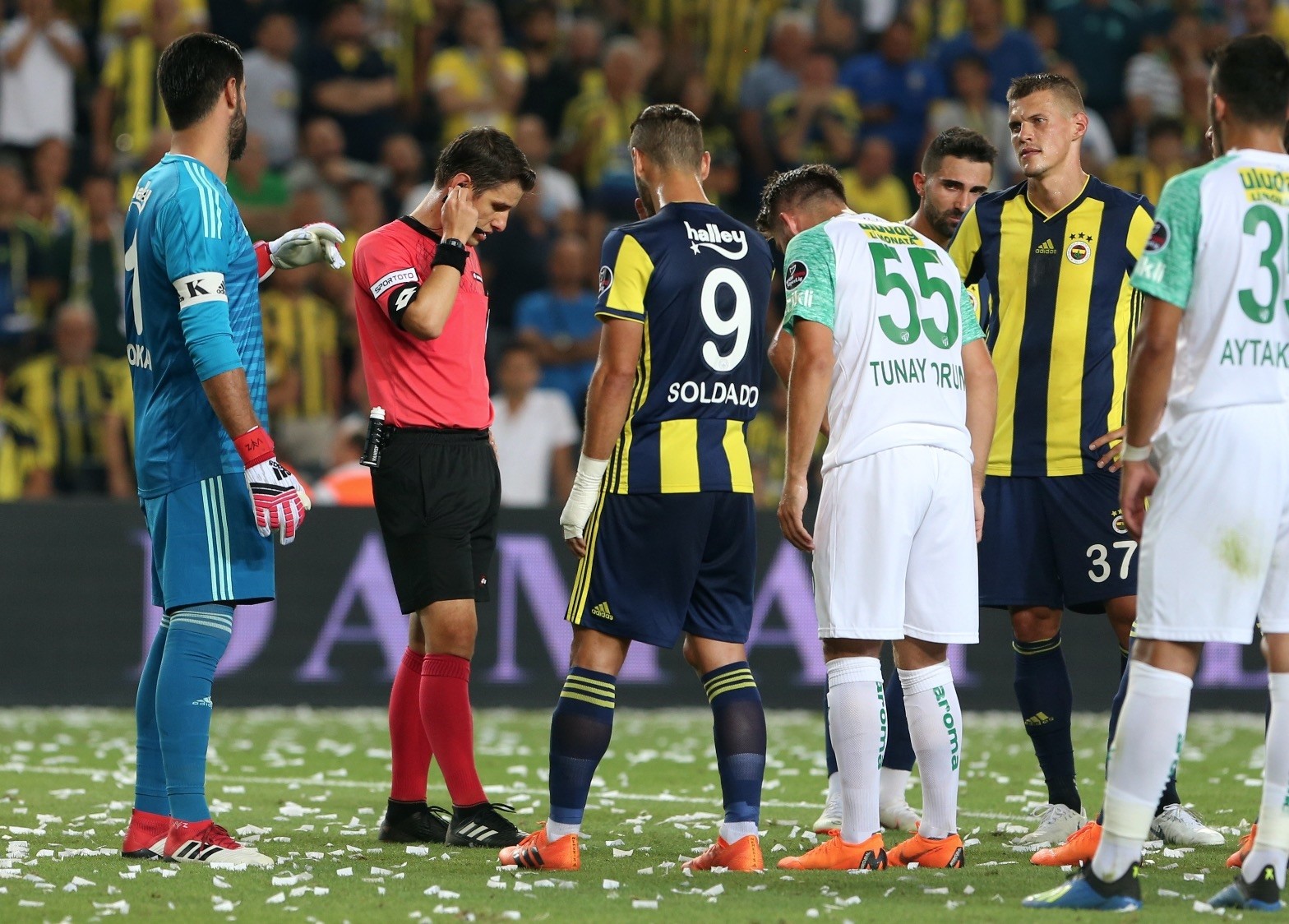 After reigning champion Galatasaray won its opener, city rivals Fenerbahçe also started the new season with a 2-1 win against Bursaspor. Yet, Fener's promising start was not the only thing making this week interesting because of an overruled penalty upon VAR review

On Saturday, eyes were on the other powerhouses of the league. Fans filled the Ülker Şükrü Saraçoğlu stadium to get a glimpse of their newly-elected president. Ali Koç, a well-known Turkish businessman, was elected on July 9, taking the crown from Aziz Yıldırım, who had run the club since 1998. Last season, the players were complaining the rafters were empty at home games and there was lack of interest because fans were not content with the former club administration. However, on Saturday, Fenerbahçe took the field against Bursaspor in front of a sold-out crowd. Although they conceded a goal from Bursaspor's William Paul Ekong in the 16th minute, the Yellow Canaries managed to beat their Anatolian rival 2-1 thanks to the goals from Giuliano Victor de Paula in 22nd minute and Josef de Souza in 30th minute. This was Fenerbahçe's first season opener win in two years.

What also made the rounds, was the new video assistant referee (VAR) that was put into action first time in Turkey. Upon VAR review, a penalty awarded to Bursaspor was cancelled because of an offside that was missed by the side ref. Bursaspor President Ali Ay criticized the decision, saying, "I am one of the defenders of VAR system. But I think VAR system is arranged in a way that Istanbul teams' benefits. I am very upset. Bursaspor deserved at least a draw against Fenerbahçe. The system must be used fairly for every side."

Meanwhile, Fenerbahçe's new coach Philip Cocu said after the match, "We started the match ambitiously. Because we wanted to show our fans what we are capable of. But it caused us to make mistakes in the first minutes of the game. We managed to come back from 1-0 down. We are still not in the level that we should be. But the win that we got tonight is very precious because it will give confidence to our players."

Now Fenerbahçe's main target is to eliminate Benfica at Ülker Şükrü Saraçoğlu stadium on Tuesday in the in UEFA Champions League third qualifying round. On Aug. 7, Benfica defeated Fenerbahçe 1-0 in their first leg matchup.

Fenerbahçe has amped up its squad with the addition of Algerian football player Islam Slimani, who joined the club on a season-long loan from England's Leicester City. The 30-year-old striker also played in Portugal's Sporting CP and another two clubs in Algeria. He also plays for his country's national team.