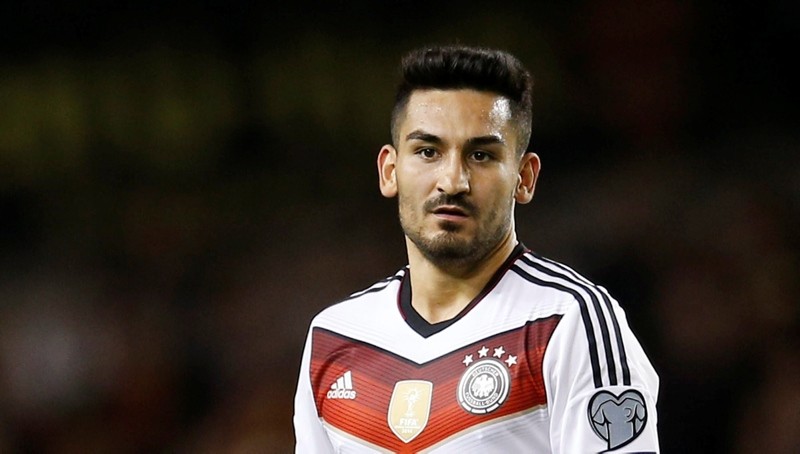 Ilkay Gündoğan has said he wants to keep playing for Germany and not follow Mesut Özil into retirement, despite the furore over their pre-World Cup meeting with President Recep Tayyip Erdoğan.

"Winning the Champions League and at least a title with the national side," the Manchester City midfielder wrote on Instagram when asked by a fan about his dreams for the future.

On the eve of the tournament, Gündoğan and Özil, who were both born in Germany to Turkish parents, found themselves at the center of a political storm after meeting Erdoğan in London.

The Premier League stars posed for pictures with the president in May, ahead of his successful re-election campaign, and Gündoğan presented Erdoğan with a Manchester City signed "to my president."

The meeting raised questions about the pair's loyalty to Germany and sparked fierce debate on the eve of the World Cup about integration in Germany.

While Özil initially stayed silent on the topic, Gündoğan said the meeting with Erdoğan was not politically motivated, but the pair were booed by Germany fans in pre-World Cup friendlies.

Gündoğan reportedly wept in the Germany dressing room after being booed when he appeared as a substitute in a 2-1 win over Saudi Arabia before the squad flew to Russia in June.

Like most of the Germany squad, Özil and Gündoğan struggled in Russia as the 2014 World Cup winners bowed out after finishing bottom of their group.

In the wake of the debacle, Arsenal midfielder Özil, 29, broke his silence by retiring from the international team on July 22 in a scathing three-page statement which accused Reinhard Grindel, the German FA (DFB) president, of racism.

After their World Cup campaign, Germany head coach Joachim Loew has promised sweeping changes when he names his squad for the Nations League match against France on September 6 in Munich and the friendly against Peru three days later.