Bolt lands Down Under for 'real' football mission 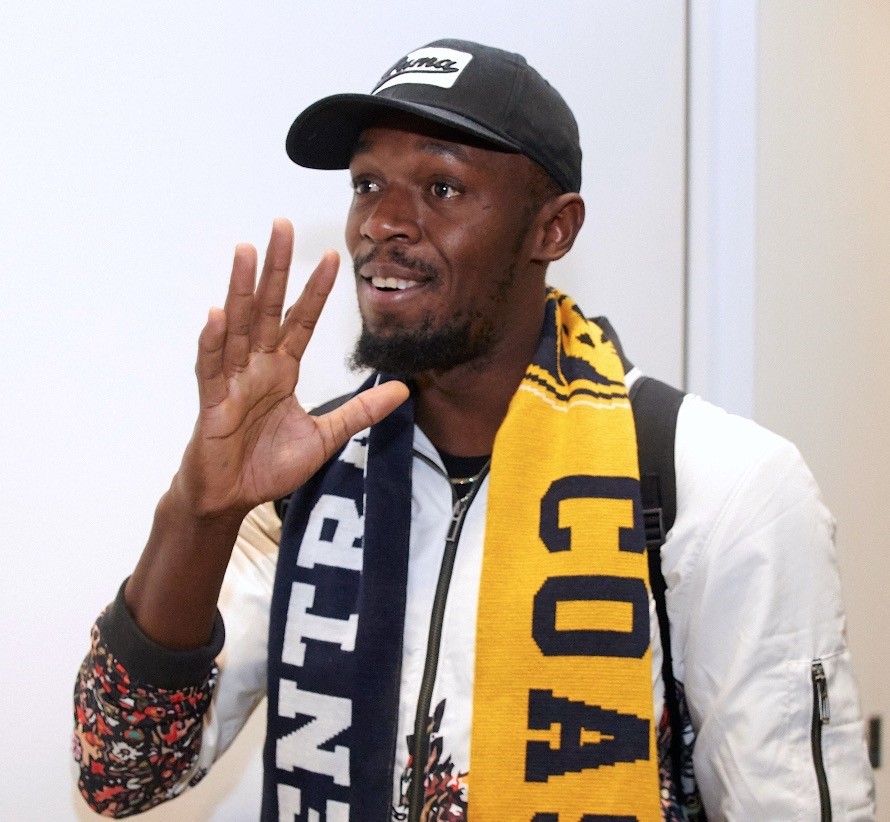 Olympic sprint champion and aspiring footballer Usain Bolt touched down in Sydney on Saturday, declaring himself ready to prove to the world that his Australian football adventure is "real". The eight-times Olympic gold medallist will train with Central Coast Mariners for the first time on Tuesday after being granted an open-ended trial with the struggling A-League club. Draped in a Mariners scarf, Bolt arrived on a red-eye flight from Los Angeles and was greeted by a few dozen fans and a huge media pack.

"I always put my best foot forward and I'm just going to show the world what I'm made of." The Mariners' tie-up with Bolt has proved polarising in Australia, with critics dismissing it as a publicity stunt to boost the profile of a team that has failed to make the playoffs for the last four seasons. The Mariners finished bottom of the 10-team league last season and operate in one of the country's smallest football markets about an hour north of Sydney in eastern New South Wales state.

Jamaican Bolt, who retired from athletics at the world championships in London last year, has previously trained with Germany's Borussia Dortmund, South Africa's Mamelodi Sundowns and Norway's Stromsgodset in his bid to win a professional football contract. His first Mariners training session will coincide with his 32nd birthday on Tuesday. Bolt could play his first match on Aug. 31 against a Central Coast representative side made up of the region's top amateurs.