Salah to compete with Ronaldo, Modric for UEFA Player of the Year 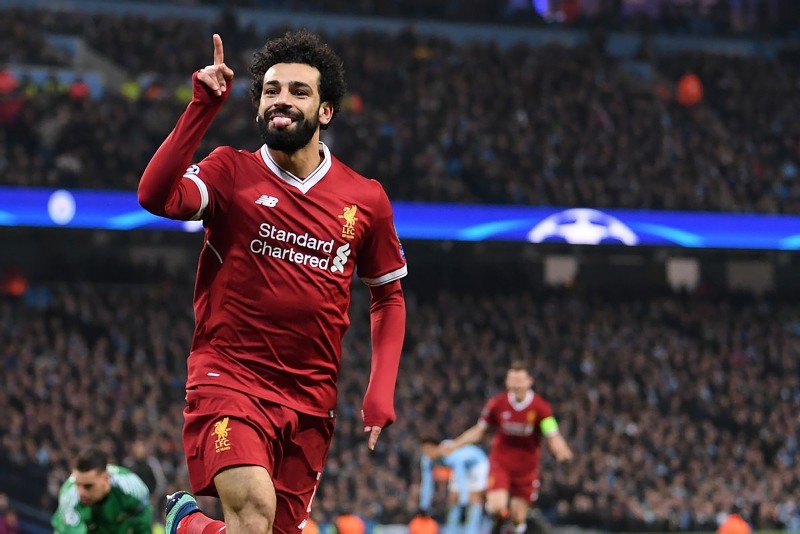 Liverpool ace Mohamed Salah has been recognised by Uefa for his sensational season last campaign. (FILE Photo)
by Compiled from Wire Services Aug 20, 2018 12:00 am

Mohamed Salah, Cristiano Ronaldo and Luka Modric make up the three-man shortlist for the UEFA Player of the Year award for the 2017/18 season, European football's governing body announced on Monday.

Egyptian star Salah scored 10 times as Liverpool made it to the Champions League final, before losing 3-1 to Real in Kiev.

Salah was forced off with a shoulder injury in the first half of that game after a clash with Real defender Sergio Ramos.

He also netted 32 goals in his debut Premier League season, with that tally a record for a 38-game campaign.

Meanwhile Ronaldo and Modric both starred for Real Madrid as the Spanish giants won the Champions League for the third year running.

Lionel Messi came fifth in the voting by a jury of 80 coaches from clubs who played in the Champions League and Europa League, as well as 55 journalists representing each UEFA member nation.

The Barcelona star came second to Ronaldo last year but also failed to make the final three-man shortlist in 2016.

The winner will be named, along with the UEFA Women's Player of the Year, in Monaco on Thursday, August 30, the same day as the draw for the Champions League group stage.

The nominees for the women's award are France's Amandine Henry and Norway's Ada Hegerberg, who both won the Champions League with Lyon, and Denmark's Pernille Harder, who lost in the final with Wolfsburg.

The award typically rewards Champions League performances — with all three on the shortlist having played in the final in May — but voters can take the World Cup into account. Coaches could not vote for players on their own team.

"Players are judged on their performances in all competitions — domestic, continental and international," UEFA said in a statement.

The winner will be announced on Aug. 30 in Monaco at the draw for the group stage of the Champions League.

At the World Cup in Russia, Griezmann won the Bronze Ball as the third-best player at the tournament, selected by a FIFA expert panel, plus the Silver Boot for second place in the scoring table. Mbappe was named best young player in Russia.

Modric won the Golden Ball for captaining Croatia to the final, where his team lost to France.

Ronaldo, now with Juventus, has won the UEFA award each time Madrid has been European champion since the vote was introduced in 2011.

The vote does not always reward a Champions League winner. In 2012, Andres Iniesta won the prize weeks after helping Spain to a second straight European title although Barcelona was eliminated in the Champions League semifinals.

UEFA will also name the best goalkeeper, defender, midfielder and forward in Monaco next week. Ronaldo and Salah are on the forwards shortlist with Messi, and Modric is joined by Kevin De Bruyne and Toni Kroos on the midfielders list.

Varane is on an all-Madrid defenders list with Marcelo and Sergio Ramos, and the goalkeeper candidates are Alisson, Gianluigi Buffon and Keylor Navas.

Griezmann is on a three-player list to be named the best Europa League player last season, after scoring twice in Atletico's 3-0 win over Marseille in the final. He is joined by Atletico teammate Diego Godin and Dimitri Payet of Marseille. The award will be presented on Aug. 31 at the draw for the group stage of the Europa League.

UEFA will also announce the women's player of the year from a shortlist of Pernille Harder (Denmark and Wolfsburg), Ada Hegerberg (Norway and Lyon), and Amandine Henry (France and Lyon).