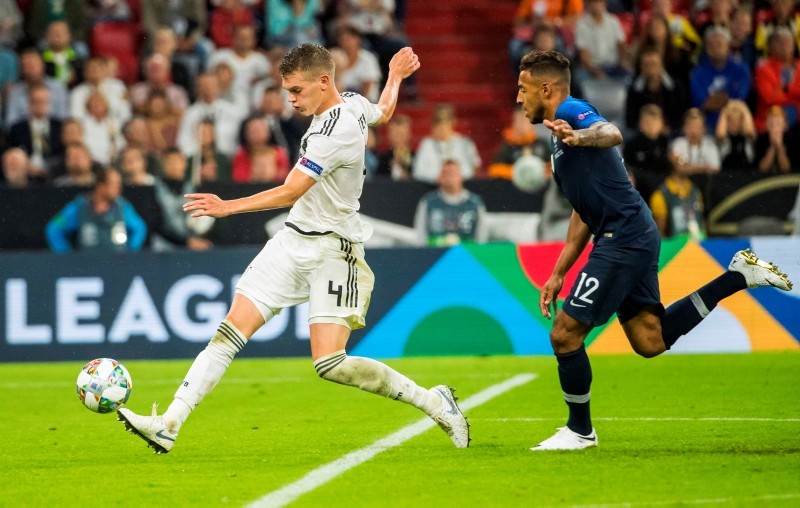 The start of Germany's post-Mesut Özil era showed Germany is missing a player like Özil.

Without the Arsenal midfielder on the field, Germany tried hard but ultimately failed to break through France's defense, playing out a 0-0 draw Thursday in the UEFA Nations League.

The 29-year-old Özil quit the national team in July after being made a scapegoat for Germany's early World Cup exit and a target for racist abuse.

Özil, an attacking midfielder who is not known for his defensive work, took the blame for the defending champion's first-round exit in Russia after losses to Mexico and South Korea. He had been dropped for the draw with Sweden.

The abuse started before the tournament when the German-born descendant of Turkish immigrants posed for photographs with President Recep Tayyip Erdoğan, then exploded after it, helped by incendiary statements from Germany team manager Oliver Bierhoff and German soccer federation president Reinhard Grindel.

Özil, who finished with 23 goals in 92 appearances for Germany, responded by saying he was German when the team won but an immigrant in defeat.

"It was a mistake to make Özil a scapegoat for Germany's exit," former Germany striker Cacau said in Munich on Wednesday. "It should never have happened. The team played badly and Mesut was one of the best players. He tried to make things happen against South Korea, he didn't hide. He played the passes that he always does so well."

"We have to regain the conviction of defending our own goal come hell or high water," the Germany coach said before the game against France.

Loew named Joshua Kimmich and Toni Kroos in midfield to provide cover for his back four, while Leon Goretzka was charged with providing impetus for the side going forward.

It didn't work. The ineffective Goretzka was taken off with 25 minutes remaining for Ilkay Gündoğan, another player with Turkish roots who posed for the photos with Erdoğan. Gündoğan was also the target for racist abuse.

Though Germany forced several good saves from Alphonse Areola in his France debut, the team was reliant of crosses from the wings and lacked the cutting edge that Özil often provided.

Kroos, honored before the game as Germany's player of the season, played a fine game, but was subjected to whistles from the home supporters when he failed to reward a promising run from Timo Werner with a ball over the French defense. Instead, he turned and played the ball back, perhaps a sign of Germany's new caution.

Arguably, Özil would have played the ball forward.

Julian Brandt inherited Özil's No. 10 jersey but the 22-year-old Bayer Leverkusen midfielder did not play against France.

Leverkusen teammate Kai Havertz, who earned his first call-up for Germany, also stayed on the bench, but the 19-year-old midfielder may get a chance in Sunday's friendly game against Peru in Sinsheim.

"It's very likely that one or another young players get a chance from the beginning," Loew said after the draw with France.

The search for Özil's successor is on.