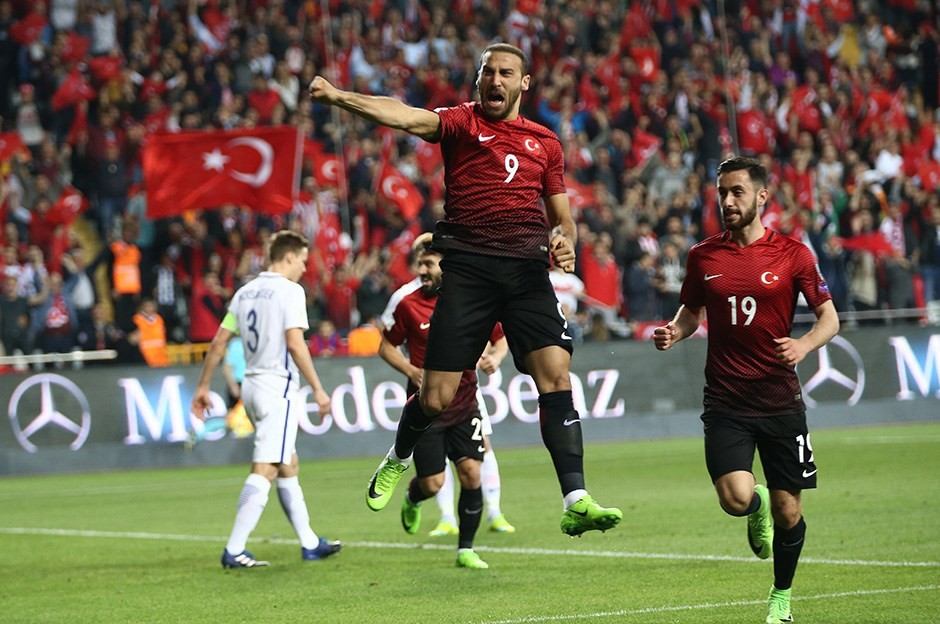 Turkey will take on Russia in its first UEFA Nations League match today. The match at Trabzon's Medical Park Stadium will kick off at 9:45 p.m. local time.

The last game between Turkey and Russia, an international friendly back in July, ended in a 1-1 stalemate.

Turkey will face Russia and Sweden in League B, Group 2. The group winner will move up to Group A and the team ranking bottom of the group will move down to Group C. Turkey will also play an away match against Sweden on Sept. 10.

The UEFA Nations League is a new national team competition that replaces friendlies with competitive matches, allowing nations to play against the equally ranked team.

The 55 associations were split into four leagues according to their rankings. The group winners in Leagues B, C and D gain promotion and those who finish bottom of the groups in Leagues A, B and C are relegated.

Elsewhere, England is looking to carry the momentum from a successful World Cup as it sets off on its latest journey. Two months after reaching the semifinals in Russia, England return to action Saturday against Spain in the new Nations League tournament.

It's the first step on the road to Euro 2020, and Jordan Henderson sees no reason why they cannot use their best World Cup showing in 28 years as the "fuel to be better and want to be the best."

"We had the belief we could achieve something really special and go even further," the midfielder told the BBC. The young England squad - averaging just 26 years of age - received plenty of plaudits after its efforts in Russia far exceeded expectations.

As for Italy, Roberto Mancini takes charge of his first competitive game as Italy coach in today's Nations League opener against Poland in Bologna with the tough task of rekindling the nation's love affair with its national side, decimated after the low of their World Cup fiasco.

The former Inter Milan and Manchester City boss was appointed in May after the four-time winners' shock failure to qualify for the World Cup for the first time since 1958. Mancini's job will be to rebuild a new and vibrant side going into the European Championship in two years' time and heading towards the 2022 World Cup in Qatar.

The Nations League - in which Italy will also be up against European champion Portugal in Group 3 - will have an impact on seeding for Euro 2020.

Italy has plummeted to an all-time low of 21st in the FIFA rankings. It was eliminated in the group stage at the 2010 and 2014 World Cups, although it fared better at the European Championship, reaching the final in 2012 and the quarterfinals in 2016.

Meanwhile, Denmark, fielding a severely weakened team containing footballers from the third tier of the national league and futsal players because of a pay dispute involving its top performers, was beaten 3-0 by Slovakia in a friendly Wednesday.

Organizers dropped ticket prices to 1 euro because of the depleted visiting team. Slovakia, which included leading players like Napoli midfielder Marek Hamsik and former Liverpool defender Martin Skrtel, said before the game that its squad had been harmed by the Danish dispute and asked European football's governing body UEFA to deal with the case, and confer "adequate consequences."

"It was tough to get motivated for a game like that," Hamsik said. Negotiations collapsed between the Danish footballers' union and the national federation (DBU) over a new collective bargaining agreement regarding commercial rights, and players from the original squad were sent back to their club teams Monday.

The previous collective bargaining agreement expired on July 31 and the two parties have been unable to agree on a new one. The DBU called the result an "honorable defeat."

It remains to be seen what sort of team Denmark will field in its opening UEFA Nations League game at home to Wales on Sunday. Slovakia begins its campaign in Ukraine on the same day.