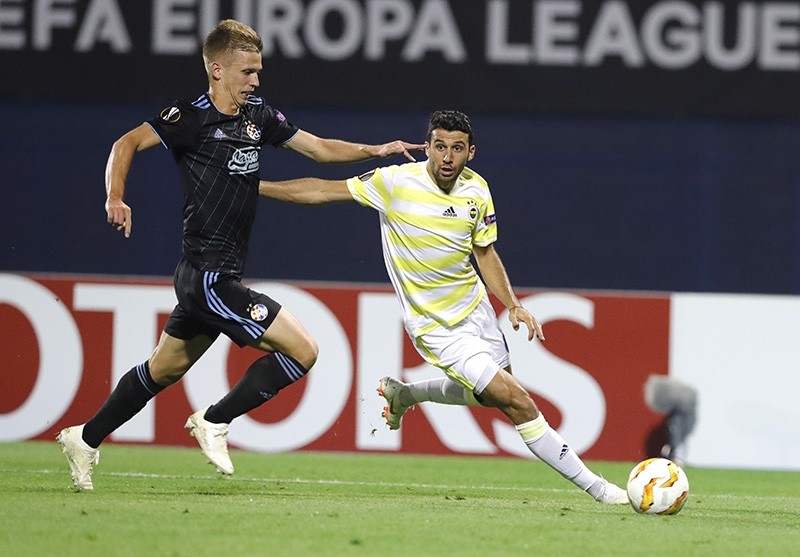 Istanbul club Fenerbahçe was defeated by Croatia's Dinamo Zagreb 4-1 at Stadium Maximir in Zagreb on Thursday, in their first match in UEFA Europa League 2018-19 in Group D.

Dinamo Zagreb's Ivan Sunjic put the hosts in front with a low shot from outside the box and Izet Hajrovic scored Dinamo's second goal in the 27th minute. Fenerbahçe missed their only chance to score in the first half when İsmail Köybaşı was awarded a free-kick.

The Yellow Canaries kicked off the second half with a header by Roman Neustadter in the 47th minute to close the gap to 2-1. Hajrovic scored his second goal and put Dinamo Zagreb at 3-1 in the 57th minute while Dani Olmo made it 4-1 in the 60th minute.

The teams met for the first time in the UEFA competition.

The first two teams each from 12 groups will reach the last 32 round of the Europa League. The final will be held in the Baku Olympic Stadium in Azerbaijan on May 29.