Turkey hopes UEFA will vote for change over Euro 2024 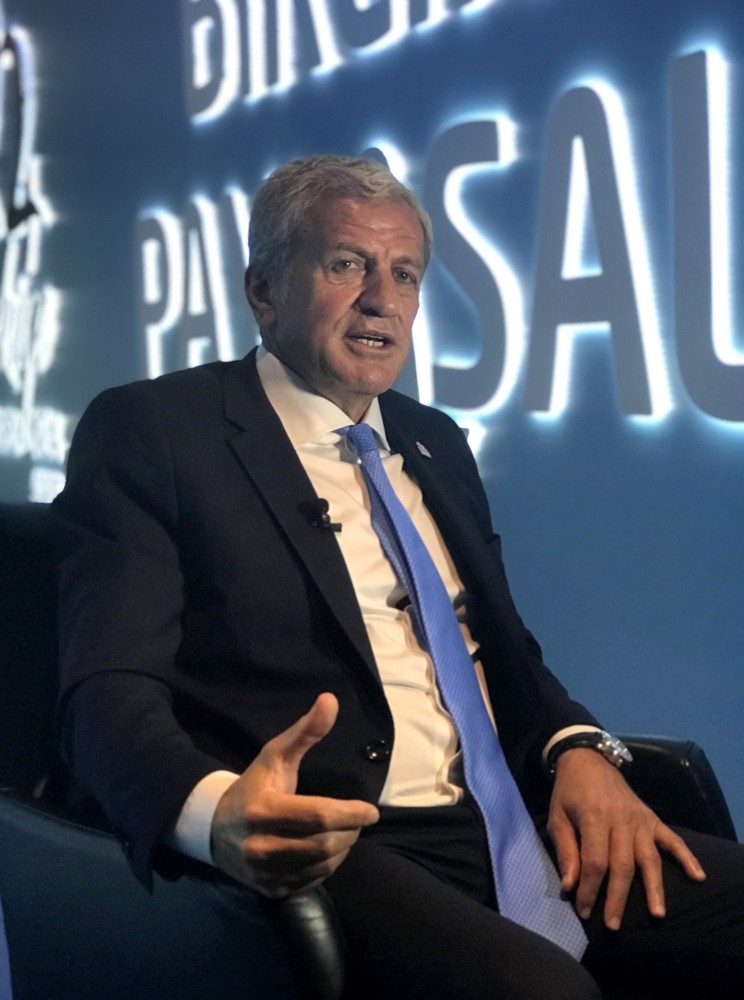 Coming to town for the fifth time, the Istanbul Coffee Festival lured thousands of coffee lovers last year.
by Anadolu Agency Sep 21, 2018 12:00 am

Servet Yardımcı, vice president of the Turkish Football Federation said, "We hope the UEFA will vote for a change so this tournament goes to a new nation like Turkey and so that we can show the world how successful we can be in delivering this tournament"

UEFA may well vote for a change and deservedly select Turkey to host the 2024 UEFA European Football Championship, according to a member of UEFA's Executive Committee. The committee will meet in Nyon, Switzerland, on Sept. 27 to choose the Euro 2024 host from among two candidates: Turkey and Germany.

"We hope UEFA will vote for a change so this tournament goes to a new nation like Turkey and so that we can showcase to the world how successful Turkey can be in delivering this tournament," Servet Yardımcı, a UEFA Executive Committee member and vice president of the Turkish Football Federation, told Anadolu Agency (AA) yesterday.

"Now must be the time for Turkey to host this tournament," Yardımcı said. Noting that this is the fourth time Turkey has bid to host the championship, Yardımcı said, "This time we're more than ready. Because in 2010 we handed UEFA our bid to host Euro 2016. Then we gave promises and commitments to host the Euro 2016. Now eight years have passed. We're saying that we're more than ready, as we've exceeded all our promises and commitments."

"We would like a change, a new nation to take this challenge as we saw in Russia," he said, calling its hosting the 2018 World Cup "the most successful World Cup in history."

"Why shouldn't Turkey be a new nation to show the world that Turkey can also deliver the most successful European Football Championship ever organized in UEFA?" he said.

Underlining Turkey's geographical position, Yardımcı said, "Turkish Airlines has been growing so successfully. Today, Turkish Airlines flies directly to about 200 destinations. It is the most successful airline in the world. Turkey in all respects is more than ready to host this tournament."

"Now must be the time for Turkey to have the privilege of hosting this major tournament rather that it going to traditional European countries," he said. Turkey and Germany have already given their bids to UEFA, and the committee has been evaluating both bids, with their advantages and disadvantages. Yardımcı said UEFA will publish its first reactions to the pitches on Friday.

"So on Friday we'll know which bid has the better chance," he said. The Turkish National Association first submitted a declaration of interest to host UEFA Euro 2024 in March 2017.

"We're sure that our bid is more compelling and financially much better than our competitor's. But obviously we don't know what the other side's bid looks like. So we'll be able to say this on Friday," Yardımcı said.

"We've been very busy campaigning; we've been communicating to our friends. We hope that we've been able to convince our fellow committee members. We'll see the decision on Sept. 27," he said. Noting that Turkey's bid says 10 stadiums will be used during the tournament, with eight of them already completed, Yardımcı said, "They're an average of 3 years old. So they're newer than the German stadiums."

"The Turkish government has given financial and legal guarantees. We won't charge any transportation fees for fans to travel around Turkey during the tournament. Turkey's financial benefits to UEFA would be better than Germany's," he added. Turkey's Euro 2024 motto is "Share together," showing it hopes to bring people closer with their passion for football, the country's football body said.