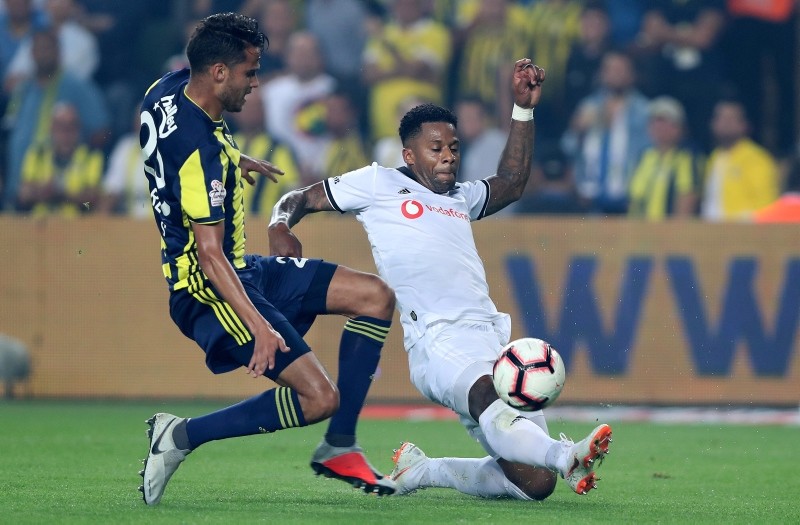 The much-anticipated derby between Fenerbahçe and Beşiktaş ended in a 1-1 stalemate Monday.

Off to one of the worst starts in its league history, Fenerbahçe has lost three of its five opening matches.

Going into the match the Yellow Canaries were ambitious to win at home and break the poor run of form.

However, they could not use the home advantage and the match at Istanbul's Ülker Stadium ended in a 1-1 draw.

Fending off some constant pressure from Fenerbahçe, Beşiktaş took the lead in the first half through a powerful strike from Dutch winger Ryan Babel.

Babel's shot from outside the penalty area put the Black Eagles ahead in the 40th minute.

Fenerbahçe responded in the second half with their new transfer Ghanaian striker Andre Ayew netting a curved header past Besiktas goalkeeper Loris Karius in the 71st minute.

Beşiktaş's Caner Erkin was sent off with a second yellow card after the final whistle.

With the draw, Beşiktaş is now fourth in the league with 11 points, while Fenerbahçe is placed 13th with only seven points from six matches.