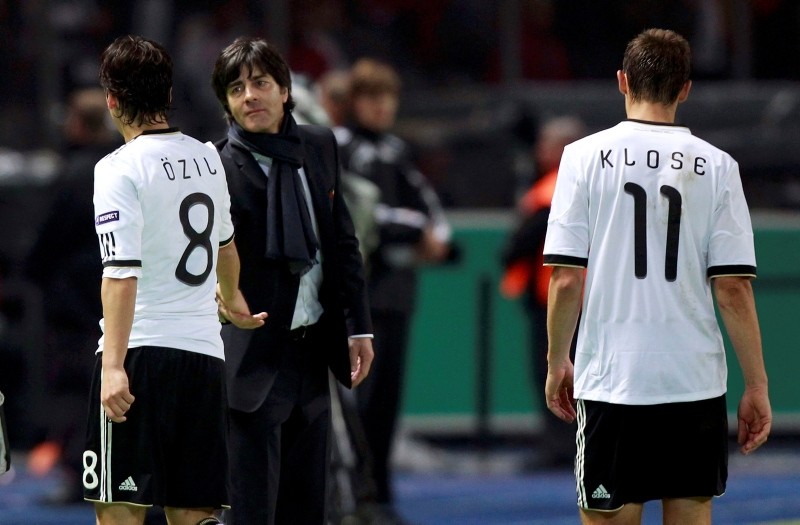 Loew and Germany's team director Oliver Bierhoff were in London at the weekend to take part in a FIFA coaching congress and then visited Arsenal's training ground in Colney, north of London, for clear-the-air talks with Özil.

According to German daily Bild, Loew and Bierhoff were turned away at the entrance to Arsenal's training ground, on the orders of Gunners' head coach Unai Emery, while the squad was put through a recovery session.

The visit had been previously arranged, so Loew and Bierhoff later met the Gunners' Germany internationals Bernd Leno and Shkodran Mustafi at the club's visitors center without speaking to Özil.

"We would have liked to have spoken to Mesut, but we have to accept that at the moment he doesn't want to have this conversation with us," said Bierhoff.

Özil's agent Erkut Söğüt, who Bierhoff had reportedly contacted before the visit, declined to comment on the reason for the rejection.

At the start of the month, Loew said he has often already tried to contact Özil, but without success.

"In the eyes of Grindel and his supporters, I am German when we win, but I am an immigrant when we lose," the 2014 World Cup winner, who was born in Germany to Turkish parents, wrote in a statement.

Having been the target of xenophobic comments on social media and singled out for blame in the wake of Germany's woeful World Cup display, Özil, 29, received little public support from Loew or Germany's stars.

Loew only responded publicly to Özil's claims at the end of August when he rejected any notion of racism within the national team.