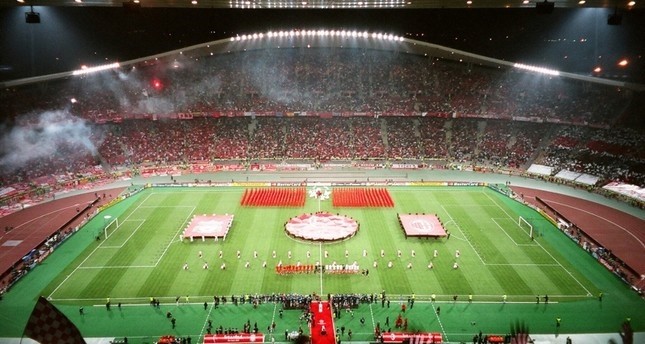 The hosts of the 2024 European Championship will be decided today, with the executive committee of the continental ruling football body UEFA choosing between Germany and Turkey

The whole world's eyes are on UEFA today as the European football body will finally choose a country to host the Euro 2024, deciding between bids from Turkey and Germany. The UEFA Executive Committee will announce the host of Euro 2024 at 03.45 p.m. (Turkish local time) [12.45 p.m. GMT]. The final bid presentations and the announcement ceremony will take place at UEFA's headquarters in Nyon, Switzerland.

In April, the Turkish Football Federation (TFF) and the German Football Association (DFB) submitted their official bids to host Euro 2024. The tournament will return to a single-host country format after Euro 2020 is held in 12 cities across Europe. The previous edition of the tournament was hosted by France alone in 2016.

Turkey is hoping to become a first-time host, after bidding for four consecutive tournaments. Turkey has never hosted a major football tournament, bidding unsuccessfully to stage Euro 2008 with Greece and the 2012 and 2016 tournaments which respectively went to Poland/Ukraine and France.

Turkey's vision for the Euro 2024 includes the motto: "We will share together." The Turkish bid to organize the Euro 2024 offers not only one of the best tournament conditions for teams and spectators but brings people together by improving intercultural dialogue with help from its geopolitical location spanning two continents. Turkey's candidacy aims to inspire a wider audience to be involved in football, particularly the youth population. Hosting the tournament in 2024 will further mark the end of the 100-year anniversary celebrations of both Turkey and the football federation.

The Turkish Football Federation's bid was found to be motivational and attractive, according to a UEFA evaluation report. Turkey's bid is based in nine cities from Istanbul, from the west to Trabzon in the east and Gaziantep in the south. The country has made considerable progress to meet the requirements for hosting the tournament by building new stadiums, hotels and developing transportation infrastructure.

Turkey is preparing for the tournament with modern stadiums, high-tech buildings and catering to the many other needs of contemporary football. According to Turkey's program for Euro 2024, the final match will be played at Atatürk Olimpiyat Stadium in Istanbul. The famous Liverpool-Milan UEFA Champions League Final in 2005 was staged at the stadium which has a capacity of 76,761 people. It is also named in UEFA's "5 Stars" list.

Turkey's location, spanning both Asia and Europe, gives Euro 2024's attendees high and easy accessibility. Football fans can reach Turkey easily with Turkish Airlines, a public company with direct flights from 120 countries to more than 300 destinations in Turkey. Istanbul's new airport, expected to be the world's busiest airport once complete, will enter service by the end of the year and further enlarge Turkey's reach. Turkey has developed a massive aviation network by building scores of airports in all regions of the country. High-speed railroad projects and an established subway network will help fans travel comfortably during the tournament.