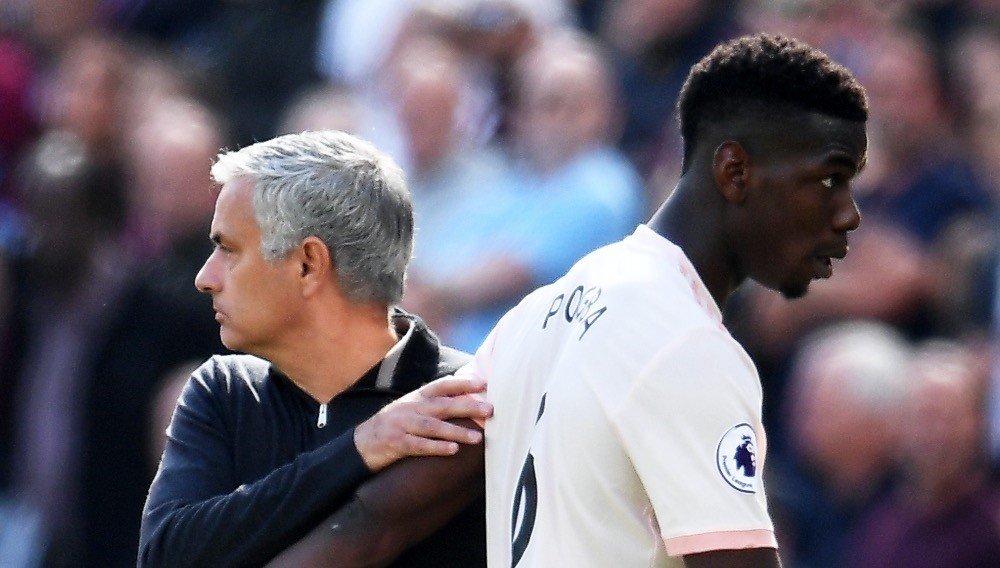 The Old Trafford hierarchy preened this week after the latest financial results showed Manchester United had earned revenue of more than half a billion pounds for the third year running. But United, who finished a distant second behind Manchester City last season, are going backwards on the pitch, licking their wounds after their worst start to a league campaign for 29 years. Coach Jose Mourinho's men travelled to the London Stadium on Saturday boasting an enviable record against West Ham but came away chastened after a 3-1 defeat killed off any realistic hopes of a Premier League challenge before the end of September. Languishing nine points behind leaders City, they now face a battle even to qualify for the lucrative Champions League, a prospect that will give the money men sleepless nights. Former Manchester United defender Rio Ferdinand said the club face some "big decisions" over the manager's future after the listless display in the capital.

"There are some big decisions to be made at United now," he said. "There will be conversations at the top level, about the future of the manager and the squad, because the basics are not being done. There has to be something said."

United's build-up to the match against West Ham was overshadowed by the growing rift between Mourinho and Paul Pogba, who was stripped of the vice-captaincy before their League Cup exit against Championship side Derby in midweek. It came after the French World Cup winner implicitly criticized his manager's tactics, imploring United to attack more and as rumors continued to swirl linking him with a move to Barcelona. It is difficult to see how both player and manager can work together in the long term after such public displays of disunity.

United is anxious to hang on to one of the world's most marketable players but all the signs are that they are sticking with Mourinho for now despite their desperately poor start to the season, which has seen them muster just 10 points from seven games.

Pogba gave another under-par performance against West Ham but he was not the only player to disappoint in the late September sunshine. United is lacking in ideas, short of inspiration and shape, with many of the players looking like square pegs in round holes.

Manchester City and Liverpool have a definable ethos and way of playing but United - for so long the standard bearers of swashbuckling forward play under Alex Ferguson - are painfully lacking in identity in Mourinho's third season at the club.

They have a clutch of top players including Pogba, Nemanja Matic, Romelu Lukaku and Alexis Sanchez - who was left out of the squad against West Ham. United has backed Mourinho heavily in the transfer market but its policy has been scattergun, with January signing Sanchez failing to recreate his Arsenal form at Old Trafford. Mourinho did not look too despondent after Saturday's result but his attempts to shift the blame for two of United's goals onto the officials failed to take the spotlight off his under-performing players. United's hierarchy may appear relatively sanguine despite the poor run but how long can they afford to wait before they reach crunch point? United is already onto their third manager since Ferguson retired as a Premier League champion in 2013.