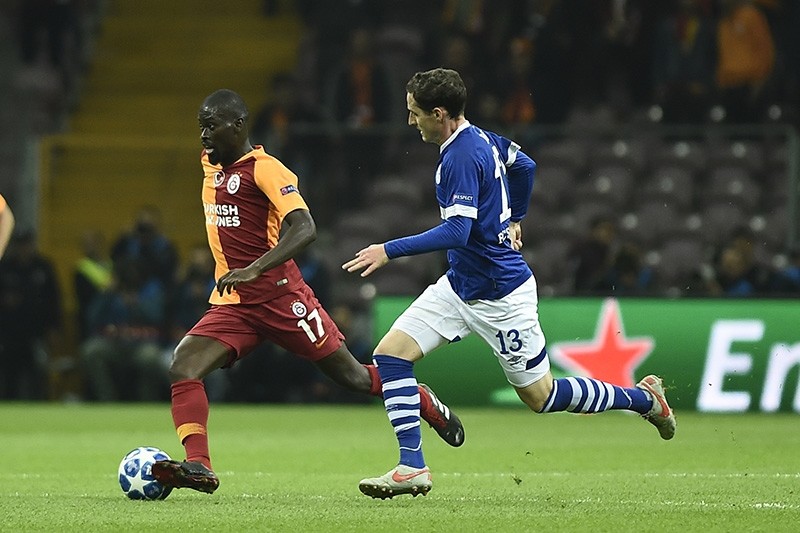 Galatasaray missed the chance to overtake Schalke in the Champions League Group D standings when they were held to a 0-0 draw by the German side on Wednesday.

It proved a frustrating night for the Turkish league leaders, who struggled to create chances from their greater share of possession, while Schalke were the more dangerous side.

Schalke were the better side after the break, forcing home keeper Fernando Muslera into several fine saves.

Breel Embolo did have the ball in the net for Schalke but his effort was ruled offside.

Galatasaray's performance also drew criticism from head coach Fatih Terim, who said his side were lucky to earn a point from the match and did not deserve to win.

"Three points here would have put us in a very good position in the group standings, but we didn't deserve it," Terim said. "To be frank, we just resisted in the second half."

The draw left Schalke in second place with five points and Galatasaray in third on four. Porto lead with seven.

"We didn't get the result we wanted, but even one point on a stage like the Champions League is huge," Galatasaray defender Ozan Kabak said. "We would have liked a win on our home turf."

Porto proved too good for Lokomotiv Moscow in the group's other game, with goals by Moussa Marega, Hector Herrera and Jesus Corona sealing a 3-1 victory in the Russian capital.

Schalke will host Galatasaray on Nov. 6, while Lokomotiv Moscow will travel to Porto for their next match in the group.