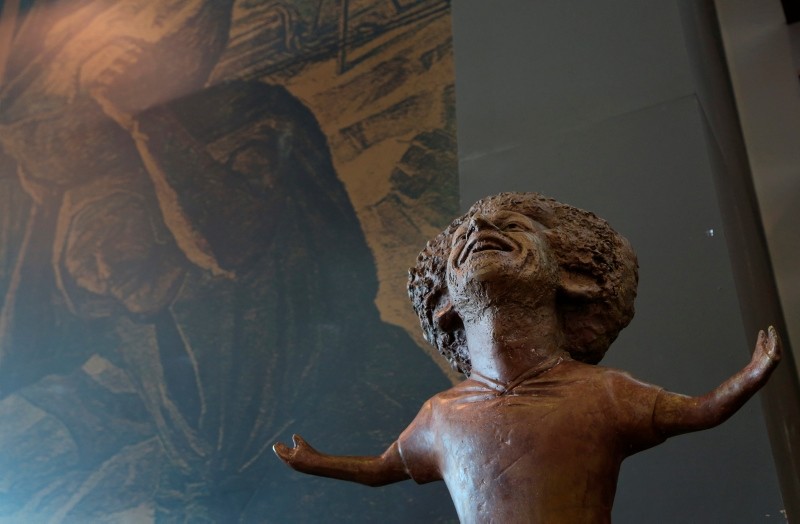 A bronze statue of Liverpool striker Mohammed Salah is on display in a conference hall at an international youths gathering, in Sharm El Sheikh, Egypt, Monday, Nov. 5, 2018. (AP Photo)
by Associated Press Nov 05, 2018 12:00 am

A bronze statue of Mohamed Salah unveiled Monday at an international youth gathering in Egypt has been criticized for its poor resemblance to the Liverpool striker.

The statue depicts Salah with a disproportionately large head and small arms stretched in the celebratory pose the 26-year-old Egyptian took in the latter part of last season.

The figure, made by artist Mai Abdullah, has Salah's trademark curly hair and is standing on what appears to be a pot for plants.

Salah has not spoken publicly about the statue and Abdullah was not immediately available for comment, but the artist defended her work in a Facebook post, saying the statue was made as part of an online program to teach sculpting.

"The negative comments will not frustrate or have an effect on me, but I do hope that people would learn the art of polite and respectful criticism," Abdullah wrote in response to a wave of ridicule on social media.

Last year, Cristiano Ronaldo had a bust unveiled that was also criticized for its lack of a resemblance.