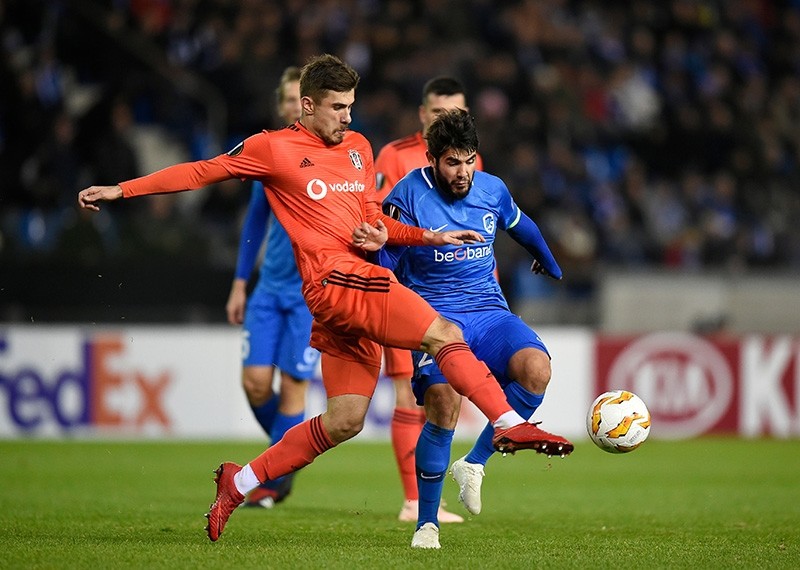 Beu015fiktau015f's Caner Erkin (L) and Genk's Alejandro Pozuelo (R) fight for the ball during the UEFA Europa League football match between Genk and Besiktas at the Luminus Arena Stadium in Genk on Nov. 8, 2018. (AFP Photo)
by Anadolu Agency Nov 08, 2018 12:00 am

In the away match in KRC Genk Arena, Beşiktaş's Quaresma opened scoring in the 16th minute. The first half ended 0-1.

Black Eagles also dominated the second half but they could not find the second goal and Genk equalized the score with Berge in the 87th minute.

In the other Group I match, Sweden's Malmo also drew Norway's Sarpsborg 1-1.